The order issued under Section 144 of CrPC did not mention when the 'drone attacks' took place, but official sources claimed that drones recently flew in from Kolasib district on the other side of the interstate boundary. 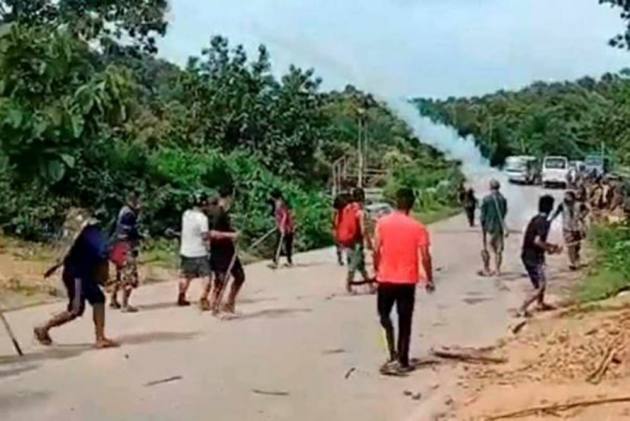 The order issued under Section 144 of CrPC did not mention when the "drone attacks" took place, but official sources claimed that drones recently flew in from Kolasib district on the other side of the interstate boundary.

According to an order issued by District Magistrate Keerthi Jalli, it was issued "in view of security threats posed due to recent drone attacks by various miscreants and anti-social elements which may endanger human life, property and public breach of tranquillity and peace."

The order comes into force with immediate effect.

The authorities in Kolasib district of Mizoram also declared the interstate border a no-flying zone on July 30.

The clash between police forces of the two states on the disputed border area on July 26 left seven people - six Assam Police personnel and a civilian - dead and over 50 others injured, prompting the central government to intervene.

The Cachar district magistrate's order stated that flying drones and any other Unnamed Aerial Vehicles (UAVs) will be strictly prohibited in border areas under Sonai Revenue Circle.

Any activity of government, private or military with drones or UAVs in the airspace within the location is not allowed without special permission from the district magistrate of Cachar, it said.

Meanwhile, the situation along the Assam-Mizoram border remained peaceful with central forces patrolling the boundary while the police forces remained inside their respective states, officials said.

The economic blockade launched by a few organisations in the border areas in Assam was lifted but trucks carrying goods remain stranded along the National Highway 306 leading to the neighbouring state as the truckers feared lack of adequate security.

Meanwhile, two Assam cabinet ministers Atul Bora and Ashok Singhal were scheduled to visit Aizawl on August 5 to hold discussions on the ongoing boundary dispute between the two states.

The situation was set to improve with chief ministers of both states directing that the cases filed against officials of the other be withdrawn.

The FIR registered in Mizoram against Assam Chief Minister Himanta Biswa Sarma would also be withdrawn, the authorities have said.