The legislation proposes to convert 610 state-run Madrassas into general schools from April 1, 2021 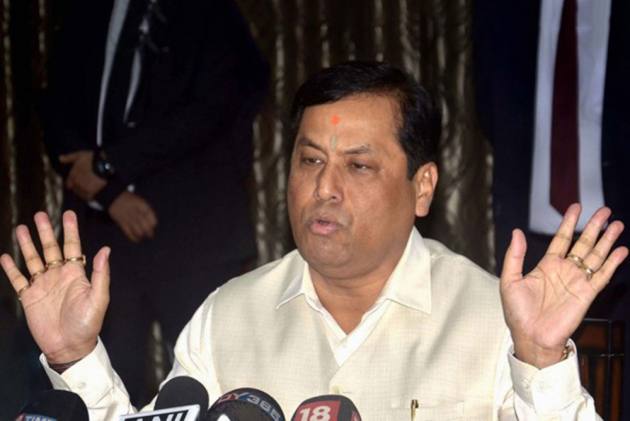 The Assam government on Monday tabled a Bill in the Legislative Assembly to abolish all state-run Madrassas by converting them into general schools from April 1 next year.

"This bill is not to control and repeal the private Madrassas," Sarma said, adding inclusion of the word "private" in the 'statement of objects and reasons' of the bill was a mistake.

The Assam cabinet had on December 13 approved a proposal to shut down all Madrassas and Sanskrit Tols (schools) however, the legislation brought in the Assembly during the day did not contain anything related to the Sanskrit tols and the education minister also did not mention anything about it.

The minister said in the bill that all Madrassas will be converted into upper primary, high and higher secondary schools with no change of status, pay, allowances and service conditions of the teaching and non-teaching staff.

There are 610 state-run Madrassas across Assam with the government spending Rs 260 crore annually, Sarma had said earlier.

In April 2018, the Education minister had brought many private Madrassas under the government ambit by introducing The Assam Madrassa Education (Provincialisation of Services of Employees and Re-Organisation of Madrassa Educational Institutions) Act, 2018. The BJP-led alliance-controlled Assam Assembly had enacted the law unanimously in 2018.

Regarding Sanskrit tols, Sarma had said in October that they would be handed over to Kumar Bhaskar Varma Sanskrit and Ancient Studies University and its infrastructure would be converted into centres of learning and research, where Indian culture, civilisation and nationalism would be studied.

As soon as Sarma sought permission to introduce The Assam Repealing Bill on Monday, Congress and AIUDF members objected to tabling of the proposed law and questioned the intention of the government.

Congress MLA Nurul Huda said Madrassas teach Arabic language apart from other general subjects and learning a language cannot be termed communal. Because of learning Arabic, many youngsters have landed lucrative jobs in Gulf countries and they are contributing to the Indian economy by sending foreign exchanges," he added.

His party colleague Sherman Ali Ahmed said learning of Arabic will open job opportunities in 52 countries and already many Hindus from other states like Kerala are earning lakhs of rupees by working in such places.

Another Congress member Kamalakhya Dey Purkayastha said Prime Minister Narendra Modi had suggested modernisation of Madrassas and not abolishing them. "I don't know why this bill has been brought. It will change the atmosphere of Assam. This bill is aimed at polarisation of votes on religious lines," he alleged.

AIUDF MLA Rafiqul Islam said Sarma himself had provincialised these Madrassas in 2018 and now "he is killing his own baby".

"Even Modi ji has said there should be computer in one hand and Quran on the other. Yogi (Adityanath) is doing the same in UP and allotted hundreds of crores for Madrassas," he added.

Senior AIUDF member Hafiz Bashir Ahmed said winding up all government Madrassas is a big decision and the Bill should first be sent to the select committee of the house for discussion with all the stakeholders.

Countering all objections, the education minister said he also believes in spiritual education like learning of Quran, Gita and Bible, but the proposed bill is not related to stopping such education.

"Madrassas teach theology as a subject. If only Arabic is taught, no issue would have been there. But, as a government we cannot allow teaching of the Quran on public funding. Then tomorrow, Hindus, Christians, Sikhs, Jains and other people will also come seeking support to teach their religious books," he said.

Sarma tried to alleviate fears of stopping Arabic language and said teaching of the particular language will continue once the Madrassas are converted into general schools. "Many Islamic scholars have opposed government support to teach the Quran. It was a wrong practice and we want to end it," he added.

When Speaker Hitendra Nath Goswami allowed to introduce the bill and Sarma tabled it, the Opposition created raised objection by shouting slogans inside the house.

However, with the Speaker asking them to raise their points during discussion on the bill on Wednesday, the Congress and AIUDF members settled down.