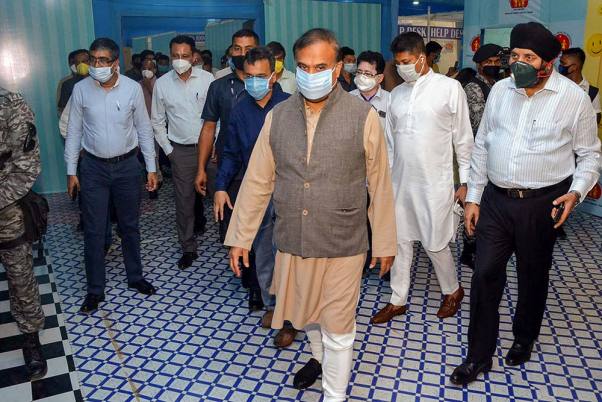 Health, Education and Finance Minister Himanta Biswa Sarma said on Wednesday, The Assam government is waiting for the permission of the Supreme Court to start a fresh National Register of Citizens (NRC) updation drive.

Addressing at a press conference in Guwahati, Himanta Biswa Sarma said, the state NRC Coordinator has already submitted "a very good affidavit" in the Gauhati High Court highlighting why we need a fresh update of the NRC.

The updation will "mainly depend on the Supreme Court permission", Sarma said.

After publication of the final NRC, almost all the stakeholders and political parties had criticised it as a faulty document citing many cases of exclusion of indigenous people and inclusion of illegal migrants.

Sarma said in Assam there are two types of Muslims- the indigenous or Assamese Muslims and the migrants or 'miya' Muslims- with the former inextricably linked with the culture and traditions of the state while to determine the status of the latter, "the NRC is not yet done properly".

The Supreme Court had on January 29 last issued notice to the Assam NRC State Coordinator, Hitesh Dev Sarma, on a plea seeking directions issued by him for unilaterally deleting names from the final NRC.

A bench headed by Chief Justice of India SA Bobde heard the submissions of senior advocate Kapil Sibal, who appeared on behalf of the petitioners, Jamaat-e-Ulema and All Assam Minorities Students Union (AAMSU), and issued the notice.

The petitioners sought intervention of the court against the directions/communications sent by Sarma to all the Deputy Commissioners and District Registrars of Citizen Registration in Assam, directing deletion of ineligible person along with their descendants,who had already been included in the final NRC draft which was prepared under constant monitoring of the apex court.

With the state assembly elections only months away, the minister attacked the Congress, accusing it of dividing Assam in many ways and bringing the level of political debate to a "very low level".

"They have no issues to focus upon and are making useless statements on which there can be no debate. They no longer raise the issues of NRC or implementation of clause six of the Assam Accord", he said.

The peoples' mood ahead of the polls can be guaged from the huge turnout at the various meetings that are being held by the BJP leaders at different places in the state, he said.

"During the last six months and even during the Covid-19 situation, we have taken up so many developmental works that people are happy with what the BJP has done in the state", Sarma claimed.

A politician should never hesitate to go to the people and "just like Sachin Tendulkar was liked for the runs he scored, we are liked by the people when we go to them", he said exuding confidence before elections expected in March-April.

He said that the BJP government has done development work in all areas of the state, including in the Muslims dominated areas where "we know people will not vote for us".

"We will continue with our development works in all areas and may be when education, health and other schemes reach these areas, the communal element or religious intolerance will decrease but this will take time", he added.