The cabinet approved to introduce Bodo Language in Devanagari script as Associate Official Language of Assam, according to an official statement 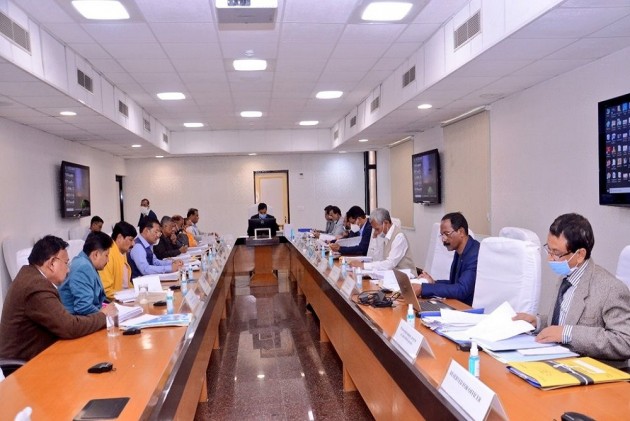 The Assam government on Tuesday said it will introduce a new law to accord Bodo the status of an associate official language of the state.

The decision was taken at a meeting of the state cabinet chaired by Chief Minister Sarbananda Sonowal.

"The cabinet approved for introduction of Assam Official Language Amendment Bill (to replace ordinance) for Bodo Language in Devanagari script as Associate Official Language," a release from the Chief Minister's Office said.

In October, the state government had announced its decision to bring in an ordinance to accord Bodo the status of associate official language.

The Cabinet also approved setting up of the Bodo Kachari Welfare Autonomous Council.

Aiming at addressing delays in different road projects, it cleared the acquisition of land through direct purchase from owners through a negotiated settlement, for improvement of state highways and major district roads under Asom Mala Programme and EAP.

In another major decision, the state cabinet increased the service age of all National Health Mission employees to 60 years and offered other benefits in line with the staff of Sarva Shiksha Abhiyan (SSA).

Besides, a proposal to amend three autonomous council laws related to Kamtapur, Motak and Moran communities was also approved.

The state government will take over Kokrajhar Music and Fine Arts College in Kokrajhar and Asom Sattriya Sangeet Mahavidyalaya in Jorhat, the release said.

The cabinet also approved the Career Progression Scheme for doctors serving as faculty members of medical colleges in Assam, and decided to introduce a bill for provincialisation of posts of librarians in degree colleges.

It also gave the go-ahead for a loan of Rs 91 crore from NABARD under the Rural Infrastructure Development Fund (RIDF).