Two panels will be headed by cabinet ministers of each state. 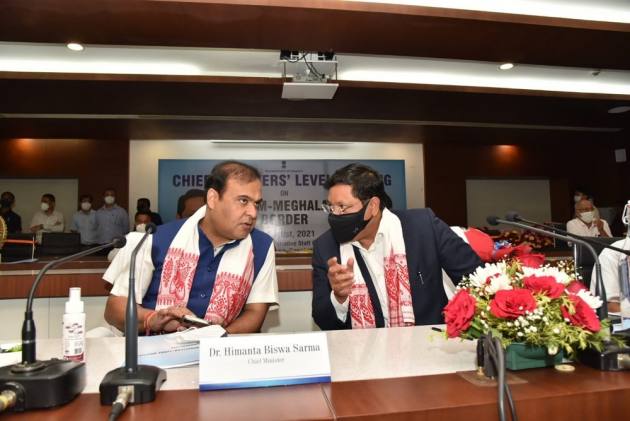 Assam and Meghalaya governments have decided to set up committees, headed by cabinet ministers of each state, to resolve interstate border dispute.

The chief ministers said the committees will aim at resolving the border disputes in a phased manner in six of the 12 disputed sites initially.

Each panel will have five members, including a cabinet minister of each state besides bureaucrats, Sarma said, adding that local representatives may be part of a committee.

Members of both the panels will visit the sites, interact with civil society members and complete discussions within 30 days.

Continuing our spirit of mutual friendship, after a meeting on July 23 in Shillong to resolve the outstanding border issues between #Assam and #Meghalaya, joined Hon CM Sri @SangmaConrad in #Guwahati today.

This is the biggest deliberation in this direction in recent times. 1/2 pic.twitter.com/cg5E784mF0

Five aspects, which are to be considered to resolve the disputes, are historical evidence, ethnicity, administrative convenience, mood and sentiments of the people concerned and contiguity of land, Sangma said.

"In principle, we will try to find a solution within the framework of these five aspects", he said.