Assam, Mizoram Authorities Engage In A War Of Letters Over Border Issue

Tensions have been high along the Assam-Mizoram border since October 17, after violence broke out in Vairengte village, leaving many injured. 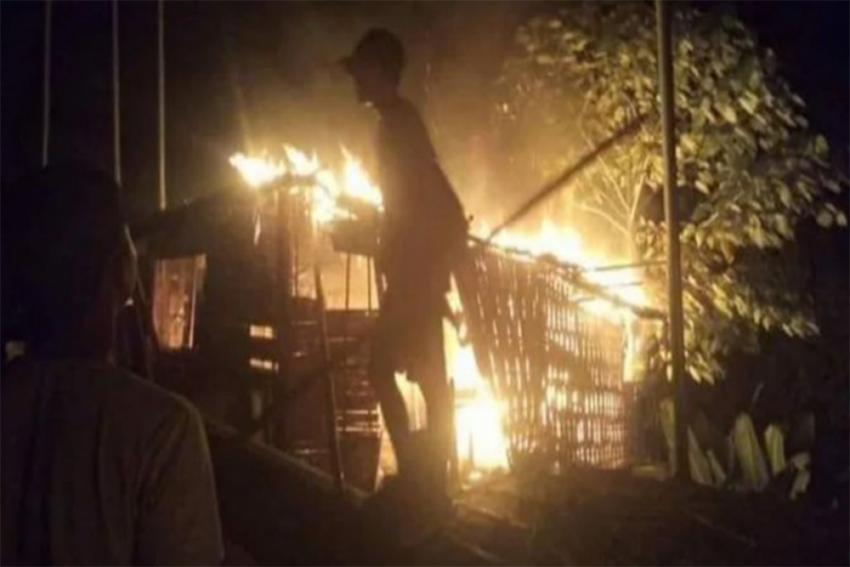 Tensions have been high along the Assam-Mizoram border since October 17, after violence broke out in Vairengte village, leaving dozens injured.
Twitter
PTI 2020-11-01T08:56:49+05:30 Assam, Mizoram Authorities Engage In A War Of Letters Over Border Issue 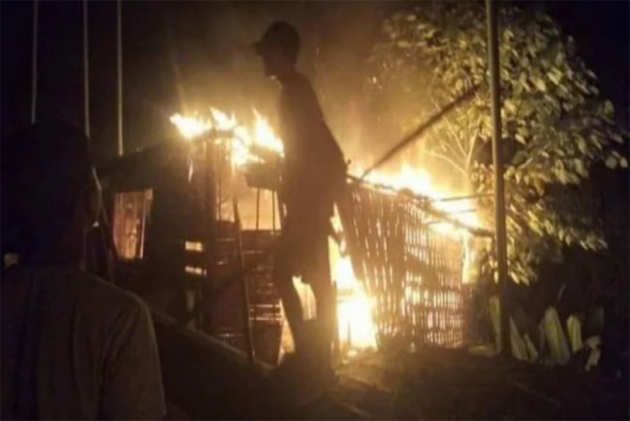 Amid ongoing tensions on the border, governments of Assam and Mizoram have engaged in a letter war over issues related to the boundary dispute between the two states.

The Assam government alleged that the police in Mizoram are setting up "bunker like structures" and increased the number of personnel inside its territory in Kulicherra area of Cachar district, claiming that the move will disturb "local peace and normalcy". The allegation was raised by Cachar district Deputy Commissioner Keerthi Jalli in a letter to her Kolasib district counterpart across the state border on Friday.

The Mizoram government also claimed that policemen of Assam, who were escorting oil tankers to the neighbouring state deserted the vehicles near the border, leaving the drivers vulnerable to attacks by miscreants. Mizoram Chief Secretary Lalnunmawia Chuaungo wrote a letter in this regard to his Assam counterpart Jishnu Baruah on Saturday.

Tensions has been high along the Assam-Mizoram border since October 17 after miscreants damaged 18 temporary huts and three dwelling units, following which several rounds of talks were held between officials of the two states and the Centre.

In her letter, Jalli said, "...it has been reported on 29/10/2020 that there has been an increase in Mizoram Police Personnel and IRBN force in Kulicherra area. It has also been observed that construction activities have been taken up on NH 306, with bunker like structures being set up with JCB movement." A huge number of civilians from local NGOs were mobilised on the National Highway, Jalli alleged in her letter, attaching photographs of the assembly of people. "As you may be aware, construction in the reserve forest area, on the highway within Assam is unconstitutional and illegal. Such acts of aggression disturb local peace and normalcy," she added. The presence of Mizoram forces within the territorial jurisdiction of Assam is causing "profound distress and bitterness" amongst the local public, the Cachar DC said in the communication to her Kolasib counterpart across the state border. Jalli requested the Kolashib DC to withdraw the Mizoram forces from the constitutional boundaries of Assam to restore normalcy in the area.

In his letter, Mizoram Chief Secretary Lalnunmawia Chuaungo asked his Assam counterpart to allow the government to send police forces to Silchar in Assam to escort all the stranded vehicles along the National Highway-306 bound for Mizoram. He claimed that drivers have lost confidence in the Assam Police after the personnel escorting tankers from Silchar abandoned them at Lailapur near the border on Saturday.

"The personnel of Assam Police who escorted vehicles carrying POL (petroleum, oil, lubricant) from Mizoram House, Silchar to Mizoram deserted them near Lailapur and left them to fend for themselves and exposing them to grave danger to their personal safety. They barely managed to escape from the attack of some armed persons who threatened them and prevented them from proceeding towards Mizoram," he said in his letter.

The Mizoram chief secretary also pointed out that the blockade on the national highway continued despite assurance from his Assam counterpart during the meeting held on Thursday under the chairmanship of Union Home Secretary Ajay Kumar Bhalla.

The road blockade has forced Mizoram to bring essential commodities, including LPG cylinders and oil, from neighbouring Tripura and Manipur.

Mizoram Home Minister Lalchamliana had earlier said that the state government will not withdraw its forces till normalcy is restored along the border.

Agitators have blockaded the highway since Wednesday, six days after truck movement along the inter-state border resumed on October 22 following a Centre-brokered dialogue between Assam and Mizoram on October 21.

The highway was blockaded between October 16 and 21 after officials from Assam's Karimganj district allegedly destroyed a hut and some plantation in an area disputed between the two states.

A violent clash took place between people of the two states near the border village of Vairengte on October 17, in which several people were injured. The situation was brought under control and normalcy restored after the October 21 talks. However, it flared up again on Wednesday when officials from Assam were allegedly not allowed to enter a border area near Saihapui 'V' village.