Police also seized around 20 kg of gun powder, one 9 mm pistol and 25 rounds of active bullets from a rented house in Guwahati where these two individuals were staying. 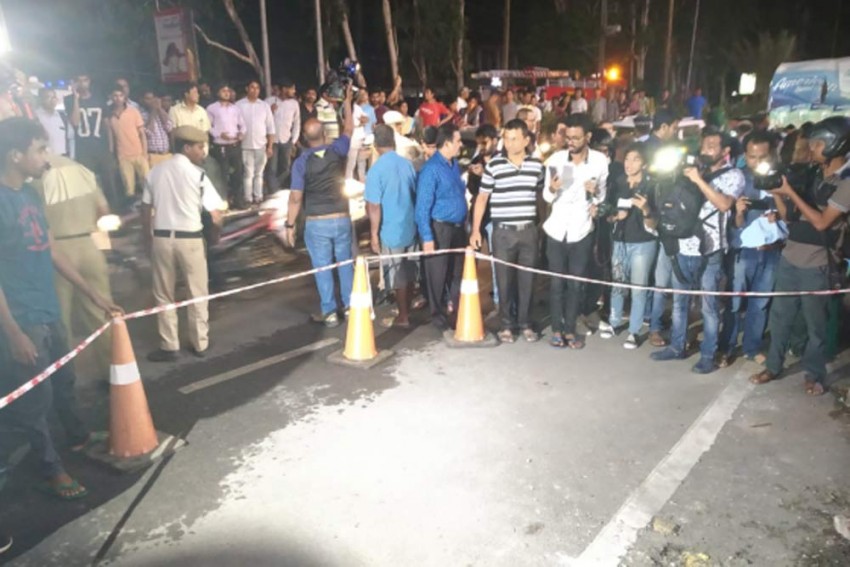 At least 12 persons including two SSB jawans were injured in grenade blasts in Guwahati on Wednesday.
Outlook Photo
Abdul Gani May 16, 2019 00:00 IST TV Actress Among Two Arrested In Connection With Guwahati Grenade Blast 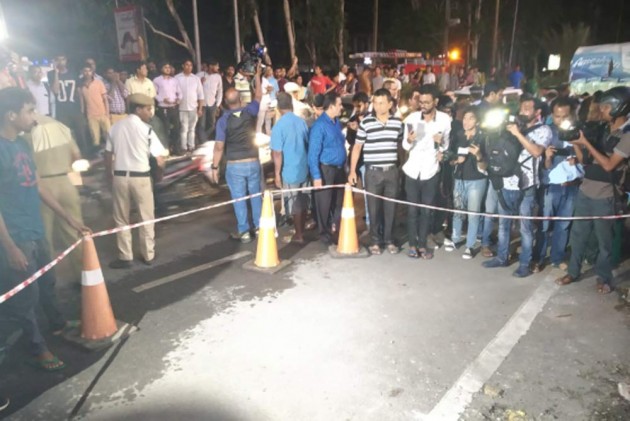 A TV actress was among the two people Assam police arrested on Thursday for their alleged involvement in the grenade blast in Guwahati on Wednesday night.

Jahnabi Saikia, arrested along with senior ULFA cadre Pranamoy Rajguru, has acted in a number of popular TV series and plays in the Assamese language.

She hails from Assam’s Sivasagar and rented a house 10 days ago from where the police seized explosives and weapons, along with documents related to ULFA.

Commissioner of Police of Guwahati, Deepak Kumar, said that they seized around 20 kg of gun powder, one 9 mm pistol and 25 rounds of active bullets from a rented house from Panjabari area in Guwahati where these two individuals were staying.

“After interrogation, we have come to know that they are linked with ULFA. We have also found documents related to ULFA. One has to be a senior ULFA cadre to keep a 9MM pistol with them. We also need to arrest at least two to three individuals in this case. Our investigation is on,” Deepak Kumar told media on Thursday afternoon.

Earlier, Assam Director General of Police Kuladhar Saikia had said that the police are taking every step to nab the culprits. Though the local media reported that it’s a handiwork of ULFA, the top cop had said it’s too early to comment on who was behind the blasts.

“Our investigations are on. We are working on to nab the culprits. It’s too early to make a comment on who is behind the blasts. Whoever is involved in the blast will not be spared,” Saikia told reporters.

The DGP, however, said that they have already intensified their operation against the insurgent groups operating in the state. “As a result, either, we have been able to nab them or they themselves have surrendered across the state – be it ULFA or NDFB. We will come to know after the investigation if some of these are involved or not,” he added.

Condemning the blast, Assam chief minister Sarbananda Sonowal has asked the DGP to speed up the investigation and book the culprits at the earliest.

The injured persons who have been getting treatment at Gauhati Medical College and Hospital and in some other hospitals are stable.

The chief minister's legal advisor Santanu Bharali who visited the injured persons at the hospitals has assured that they will be provided free treatment.

“All the treatments will be provided free from our side. The CM has already asked the DGP to speed up the investigation and book the culprits. He has also called a high-level emergency meeting,” Bharali said.

Meanwhile, the local media has reported that ULFA is behind the blast. The self-styled Commander in Chief Paresh Baruah has been quoted by some local media as claiming the responsibility and targeting the central forces.