The government had carried out an eviction drive in the same revenue circle on Monday rendering 800 families comprising about 5000 people homeless. 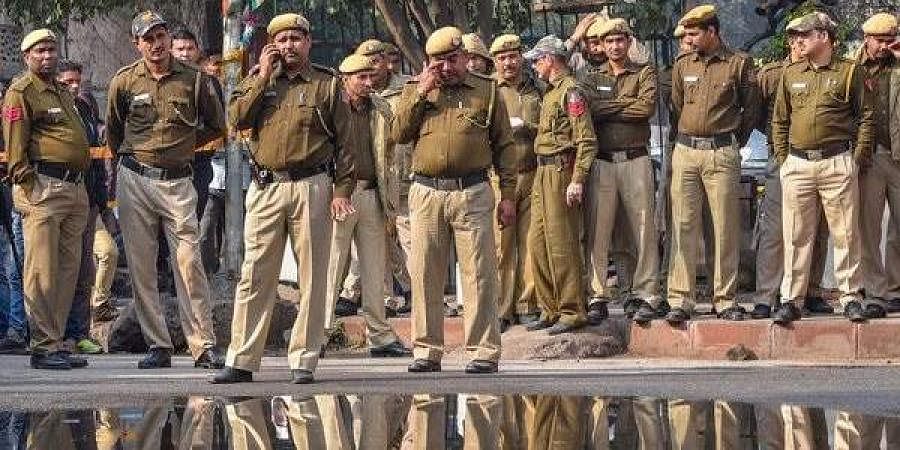 At least two persons were reported killed when police opened fire on a mob protesting against their eviction at Gorukhuti village in Sipajhar Revenue Circle under Darrang district of Assam on Thursday afternoon.

As many as a dozen policemen were also injured when the large number of people allegedly attacked them with stones, sticks and sharp weapons.

The government had carried out an eviction drive in the same revenue circle on Monday rendering 800 families comprising about 5000 people homeless.

According to sources, residents of Gorukhuti village staged a protest when a large posse of police and CRPF personnel arrived there to evict the "encroachers" belonging to the Bengali- speaking Muslim community, who are generally viewed as "illegal immigrants" from Bangladeshis.

The protesters attacked the security personnel forcing the latter to open fire. They had also used tear gas and rubber bullets and had fired in the air, but failed to contain the protesters.
Saddam Hussain and Sheikh Farid reportedly died in the firing while several others were severely injured.

In a video of the incident that has gone viral, a photographer was seen kicking and kneeing a protester who lay motionless on the ground after being rained with lathi blows by the police. The unidentified man had tried to attack the policemen.

Initially presumed to be a photo-journalist, he was later identified as one Bijoy Bania, the official photographer under ADC Pallabi Kachari. He was assigned to record the eviction drive.

The Assam government has decided to institute an inquiry into the firing incident by a retired judge of the Gauhati High Court.

The opposition Congress has strongly condemned the "barbaric act" of the police.

"The very act of eviction is inhuman especially during Covid situation. The Supreme Court had also given a directive against eviction during pandemic situation yet the Assam Government led by CM Dr Himanta Biswa Sarma has remained adamant behaving in an autocratic manner to evict the residents who have been living in the area since the 1970's," APCC president Bhupen Kumar Borah said in a statement.

"Before eviction the Government should have arranged for rehabilitation and alternative housing. The people in the area have been subjected to harassment repeatedly by the BJP Government since they came to power in 2016. Without alternative arrangements for land and housing where will these poor people go and how will they survive? They are mostly cultivators and their source of sustenance is being attacked. A Government's job is to work for welfare of people and not create problems for people by making them homeless without food, shelter, education which are basic human rights.  We demand that CM should first rehabilitate the people and not evict them forcefully. It is becoming very clear that the BJP Government only knows how to govern through the might of the bullet as seen in fake encounters and now in open firing on people," he said while warning the government to not turn Assam into a police state.

On Monday, the eviction drive was carried out in Dholpur (Number 1, 2 and 3) under Sipajhar revenue circle, about 60 kilometres from Guwahati as part of the BJP-led Assam government's drive to clear "illegal encroachers" from government land.

According to Ainuddin Ahmed, advisor to All Assam Minority Students' Union, most of them had occupied the land as they are landless and are unable to buy thier own land and have been  living there for several decades.

"How can a democratically elected government be so inhuman and insensitive to the plight of such poor and landless people?" he said.

The chief minister had, however, complimented the police. He tweeted after the eviction, "I am happy and complement the district administration and Assam police for having cleared about 4,500 bigha land by evicting 800 households and demolishing two illegal religious institutions." Sarma also uploaded photographs of the eviction drive including one showing the demolition of a mosque.

Ahmed said the evicted people were Indian citizens and not "illegal migrants" from Bangladesh and most of them are included in the NRC.

One of the avowed goals of the government is to free land of encroachers and hand it over to the indigenous people.

Similar eviction drives were carried out in Biswanath, Nagaon and Morigaon districts soon after the BJP returned to power for the second consecutive term in May this year.