The Congress-led Opposition has been raising questions over Election Commission's neutrality and functioning in the Assam polls. 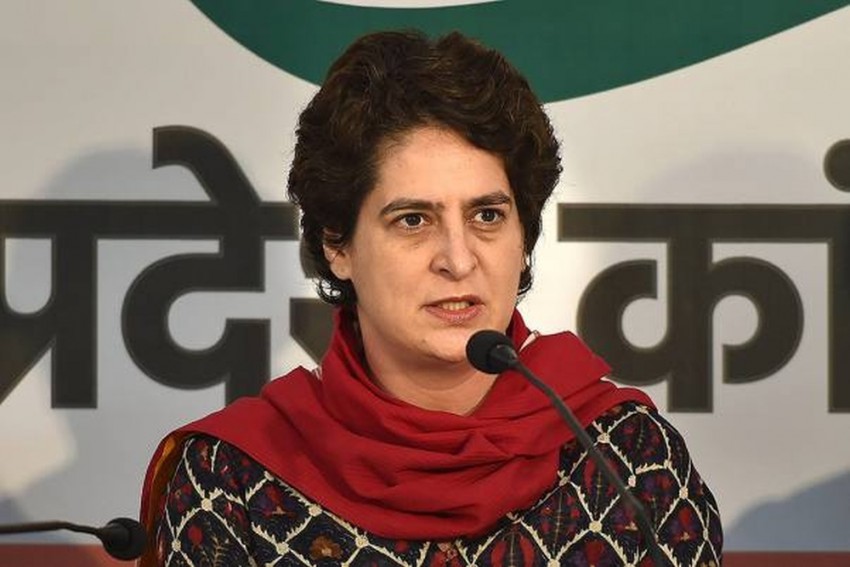 Congress leader Priyanka Gandhi Vadra on Tuesday said that at a time when there is an "irresponsible" Election Commission and negative politics is being played by the ruling BJP, the people of Assam will choose the path of guarantee of development and progress.

In the final phase of the assembly elections in Assam, polling for 40 seats is underway and it will decide the fate of 337 candidates.

In a Facebook post in Hindi, Priyanka Gandhi said, "Today is the last phase of elections in Assam. I appeal to all my sisters and brothers to vote in large numbers to strengthen the democratic process."

"At a time when there is an irresponsible Election Commission (EC) and negative politics is being played by the ruling party, the people of Assam will choose the path of guarantee of development and progress," the Congress general secretary said.

The Congress-led Opposition has been raising questions over the EC's neutrality and functioning in the Assam polls.

The party had on Friday questioned the poll panel after a BJP candidate's vehicle was found transporting a polled EVM in Assam's Karimganj district and said if the poll body does not wake up now and remains "complicit" it will be fatal for democracy.

The Congress on Saturday had hit out at the EC for reducing the campaign ban on Assam minister Himanta Biswa Sarma and said it was a dark day for parliamentary democracy and history will not pardon the poll panel.