The Assam government took the decision to destroy 2479 rhino horns out of 2623 lying in state treasuries in a cabinet meeting on September 16. Of the total, 94 horns will be preserved for academic purposes while 50 would be kept aside for ongoing court cases. 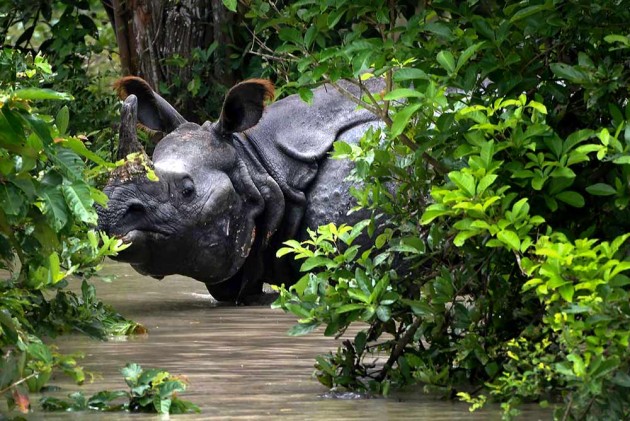 Assam will celebrate World Rhino Day on Wednesday in a unique way by putting to the torch nearly 2,500 horns seized mainly from poachers over the years and stored in various treasuries of the state. The bonfire will follow the burning of seized drugs valued at several crores recently.
Assam chief minister Himanta Biswa Sarma besides several ministers and senior forest department officials among others will be present at the event to be held at the Bokakhat public playground about 30 kilometres from Kaziranga National Park, a heritage site and famous for the one-horn rhino.

According to forest department officials, 2,479 rhino horns will be destroyed besides tusks of elephants and body parts of other wild animals. Assam has the largest population of greater one-horn rhino (Rhinoceros unicornis) in the world numbering about 2,600 and found in Manas and Orang National Parks besides Pobitora Wildlife Sanctuary apart from Kaziranga National Park.
The rhino horn is essentially a mass of compacted hair and is made up of Keratin, a protein that also makes up human hair and fingernails. It is ground and used in traditional Chinese medicine purportedly to cure various ailments and is also believed to possess aphrodisiac value. “Due to demand in these countries, poaching pressure on rhinos is ever persistent against which one cannot let the guard down,” a forest department official said.

The Assam government took the decision to destroy 2479 rhino horns out of 2623 lying in state treasuries in a cabinet meeting on September 16. Of the total, 94 horns will be preserved for academic purposes while 50 would be kept aside for ongoing court cases. The entire exercise will be carried out in conformity with the Wildlife (Protection) Act, 1972.

According to officials, a complete verification of these horns was carried out before finally deciding on the event. The process was completed on September 12.
The longest horn (51.5 cm long and weighing 2.5 kg) was found in the Guwahati treasury while the heaviest (3.05 kg) was found in Bokakhat.