According to the DGP, self-styled ULFA (I) commander's gun man, identified as Padum Rai, has been arrested and weapons seized from his possession. 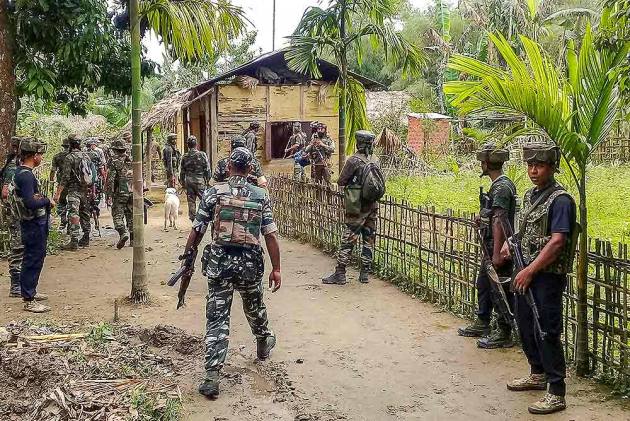 Assam DGP Bhaskar Jyoti Mahanta on Thursday said a top ULFA (I) militant was killed during an encounter with security forces in Bongaigaon district of Assam on Thursday and one of his aides arrested.

Dwipen Saud, the newly appointed leader of ULFA (I) western command, was shot dead during an exchange of fire with security forces in Mankipur police station area.

In a series of tweets, Mahanty also said that the banned outfit was planning to carry out "some high profile" kidnapping, but the plan has now been foiled.

Saud was taken to a hospital following the encounter, the DGP stated.

He further said that the self-styled ULFA (I) commander's gun man, identified as Padum Rai, has been arrested and weapons seized from his possession.

According to the DGP, "high quality" police intelligence inputs led to the successful operation.

"We had intel that Ulfa Western Command was planning some high profile kidnapping in collaboration with other anti-India forces which now appears to be foiled," he wrote on the microblogging site.

The development comes eight days after some militants of the outlawed outfit kidnapped three employees of ONGC from its Lakwa oil rig in Sivasagar district along the Assam-Nagaland border.

Two of them were rescued on April 24 after an exchange of fire near the India-Myanmar border in Mon district of Nagaland, while a search was underway for the third employee.

Earlier this month, two employees of the Quippo Oil and Gas Infrastructure, kidnapped by ULFA (I) in December, were released. The duo was abducted from Kumchaikha hydrocarbon drilling site in Changlang district of Arunachal Pradesh.