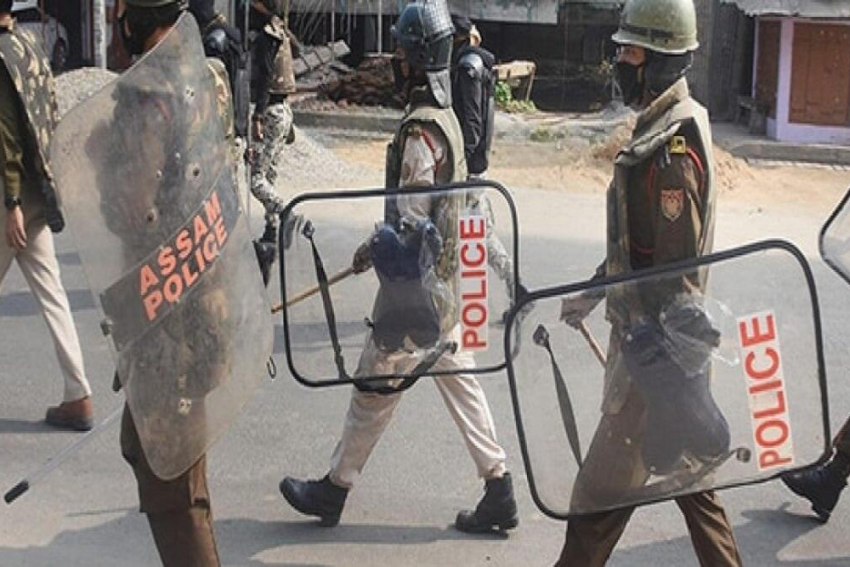 Two more accused persons have been injured in police encounters in Assam's Nagaon and Goalpara districts.

In another incident, three members of an armed kidnapping gang accused in several cases were nabbed in Belpara area of Rongjuli in Goalpara district on Tuesday night and one 9 mm pistol, three cartridges and addictive pills were seized from their possession, Additional Superintendent of Police Mrinal Deka said.

The leader of an armed gang was injured in a cross-fire at number 1 Kandhulimari village in Nagaon district early on Saturday when he was leading the police to his accomplices, Superintendent of Police Anand Mishra said.

Amid Slew Of Police Encounters In Assam, Complaint Filed With NHRC

The gang leader, who was nabbed at Ahomgaon in Dhing area on Tuesday, was shot at his leg by one of his accomplices, who opened fire on seeing the police team and managed to escape from the spot, he said.

"This gang operates in a militia-style and is very ruthless. Its members are accused in many crimes including opening fire on common people and injuring several of them on August 22," Mishra said, adding that the gang leader is undergoing treatment at a hospital.

While being taken to a police station, the gang leader tried to escape forcing law enforcers to shoot at his leg, the officer said, adding that he is being treated at Goalpara Civil Hospital and his two accomplices are in custody.

With the latest incidents, at least 21 suspected militants and criminals have been shot dead and 33 others injured in police encounters while either trying to snatch service firearms or escape from custody since the Himanta Biswa Sarma government assumed charge in May.
The rising number of police encounters has whipped up a political furore with the opposition alleging that the Assam Police has turned "trigger happy" and is indulging in "open killings" under the second BJP government in the state.

Unfazed by criticism, Sarma had said in Assam Assembly on July 15 that the state police has "full operational liberty" to fight criminals within the ambit of law.

In the first face-to-face meeting with the officers in-charge (OCs) of all police stations in the state on July 5, Sarma had said that shooting at criminals "should be the pattern" if they attempt to escape from custody or try to snatch firearms from law enforcers.

Taking suo moto cognisance, the Assam Human Rights Commission (AHRC) on July 7 asked the state government to institute an inquiry into the circumstances that led to the death and injury of the accused in police encounters.

Earlier, a New Delhi-based lawyer from Assam, Arif Jwadder, had filed a complaint with the National Human Rights Commission (NHRC) against the Assam Police for the series of encounters.