Assam CM Himanta Biswa Sarma stressed the move as a way to end the slaughter of bulls by increasing the number of cows. 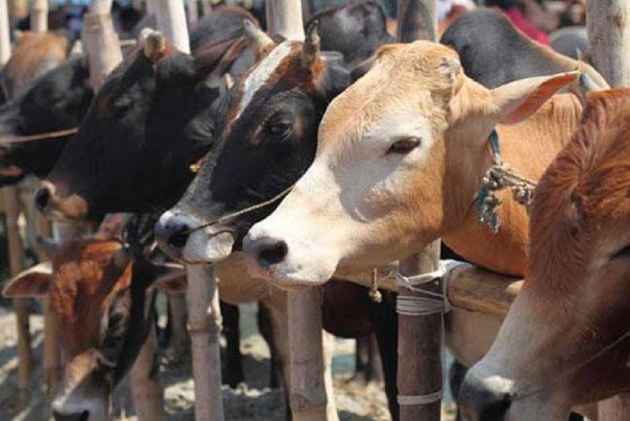 The Assam government is contemplating sex-sorted artificial insemination to ensure the production of more cows than bulls and thus eventually end cattle slaughter and smuggling in the state.

Speaking in the assembly on Thursday, chief minister Himanta Biswa Sarma said he has asked the finance minister, Ajanta Neog, to provide for sex-sorted artificial insemination in the state budget, which is slated to be tabled on Friday.

“Cows give us milk, bulls don’t and, instead, land up in slaughterhouses or are sent out and we all know where they are sent,” he said. “So we need cows and I have asked the finance minister to include the issue in the budget,” he said adding that veterinarians had told him that if it could be done then in the next 10-20 years there will only be cows in the state.

The government earlier this week introduced the Assam Cattle Preservation Bill which primarily aims at cutting down on slaughter and ending cattle smuggling. The bill stipulates that beef cannot be sold within a five-kilometre radius of Hindu religious sites. Additionally, it also prohibits inter-district transportation of cattle and nor can they be sent outside the state without proper permits.

Suruj Protim Kakati, a veterinarian, said the procedure could be cost-prohibitive for the owners of the cows. “Most farmers may not be able to afford the cost. Besides, there is no guarantee that every time it will be successful as it will depend on various conditions, timing etc,” he said adding that government subsidy could be required for large-scale acceptance. According to reports, Maharashtra will provide subsidised sex-sorted semen straws to dairy farmers to eliminate the birth of male calves.

The chief minister said the government was resolute about ending cattle smuggling. “I have told the police to not even allow cattle to be brought in from outside. They must tell those engaged in such activities that times have changed in the state and they should try some other business,” he said.

He also said ‘gaushalas’ would be set up in tea gardens that have space. “We will pay for their keep. This will also help the gardens get organic manure,” he said.