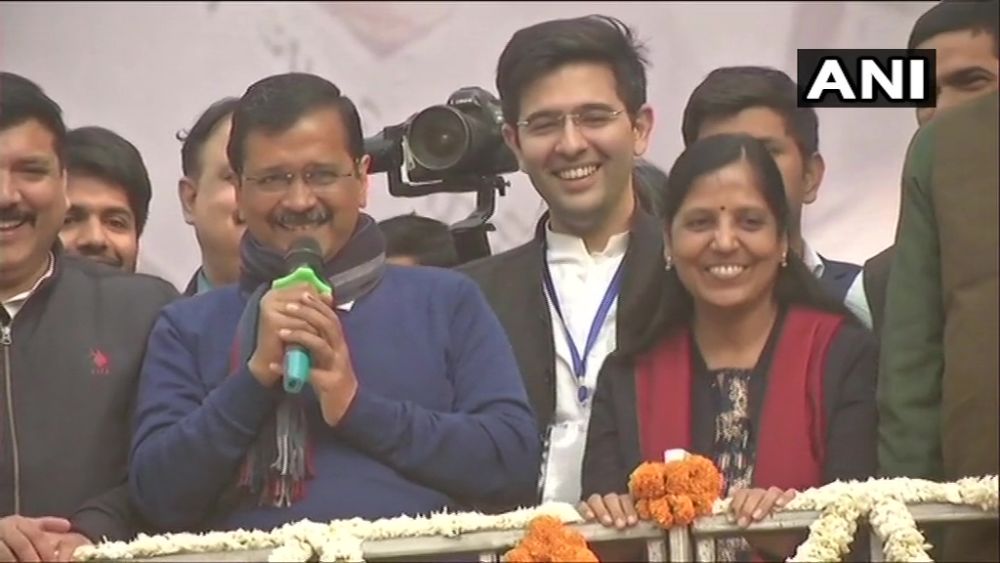 Aam Aadmi Party (AAP) convener Arvind Kejriwal, in his first address after the Delhi Assembly election results were declared, indicating a massive victory for the incumbent party, said people of have chosen the politics of development.

"I love you," Kejriwal said to joyous supporters and party workers at the AAP's headquarters in the national capital.

During the highly-charged poll campaign, the BJP called Kejriwal anti-Hindu. Even in a TV News channel debate, Kejriwal was asked by an anchor to recite Hanuman Chalisa and the AAP leader obliged. That prompted BJP's star campaigner Yogi Adityanath to say that "after Kejriwal, (Assadudin) Owaisi will also recite Hanuman Chalisa."

Kejriwal thanked the people of Delhi and said that the new 'politics of work' has taken birth in Delhi, and called AAP's win a victory for entire India.

He said it is victory of people of Delhi "who considered me their son".

Kejriwal was labelled as terrorist by BJP's Prakash Javadekar and Parvesh Verma. And in his defence, Kejriwal often referred himself as the "son of Delhi".

On Tuesday, as the trends indicated AAP leading in 63 of 67 seats, Kejriwal said the agenda of development will take Delhi into future.