The Congress' top decision making body CWC, which met twice during the day, also passed a resolution on Jammu and Kashmir, expressing serious concern over the situation there, including reports of a clampdown and news blackout. 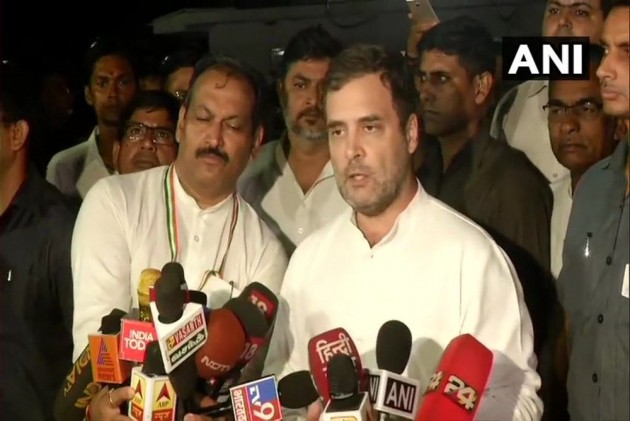 Congress leader Rahul Gandhi said on Saturday night that there had been reports from Jammu and Kashmir of violence, and Prime Minister Narendra Modi must assuage these concerns in a "transparent" manner.

The Congress' top decision making body CWC, which met twice during the day, also passed a resolution on Jammu and Kashmir, expressing serious concern over the situation there, including reports of a clampdown and news blackout.

It also called for permitting a delegation of opposition parties in Jammu and Kashmir.

Earlier, Rahul Gandhi said the working committee briefly stopped its work of deliberating on the issue of finding his successor due to some reports "that things in Jammu and Kashmir are going very wrong".

"Now, it is very important that the government of India and the prime minister make it very clear and transparent on what exactly is happening in the union territories of Jammu and Kashmir, and Ladakh," he said.

He said the Congress is very concerned about the reports and the government needs to "assuage the country and tell the nation exactly what is happening and be completely transparent".

Rahul Gandhi, who was not part of the deliberations on the leadership issue during the second CWC meet of the day, said he just came to attend the discussion on Jammu and Kashmir.

The Centre had earlier this week revoked the provisions of Article 370 that gave special status to Jammu and Kashmir, and bifurcated the state into union territories.