The Supreme Court on Friday upheld the life sentence of Masala Dosa 'King' P. Rajagopal, the founder of Saravana Bhavan, for the murder of an employee in 2001. 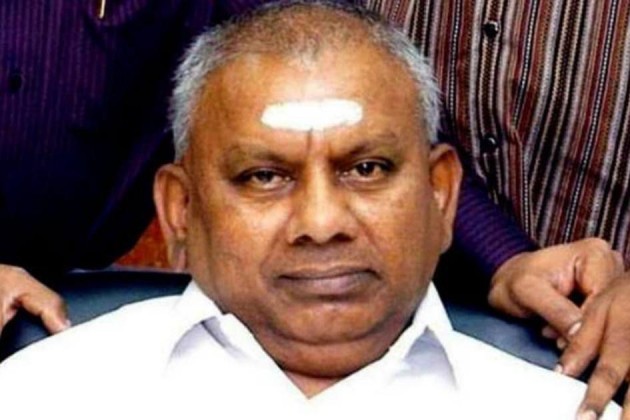 Astrology appears to have played a key role in making him India's 'dosa king' and also led to his downfall.

The Supreme Court today upheld the conviction and life sentence of P. Rajagopal, the founder of the popular Saravana Bhavan chain of restaurants, for the murder of a man  in 2001.

Before he started his popular restaurant business, P. Rajagopal had a modest grocery store in K.K. Nagar, Chennai. It was a chance remark of a hungry salesman in 1979, who was looking for a place to eat in KK Nagar but there weren’t any, that set the young Rajagopal thinking.

He decided to open a restaurant in 1981, after an astrologer advised him to start a line of work that involved fire.

He and a friend, Ganapathi Iyer, took over Kamatchi Bhavan, a small restaurant that was not doing well, and renamed it Saravana Bhavan. It opened on December 14, 1981

Though a business advisor insisted that he used cheap ingredients and pay his staff little, Rajagopal did the opposite. He used coconut oil and good quality vegetables, and paid his staff well. At the time he was selling all items at Rs 1 a piece. His business suffered a major loss, but word spread about the tasty and cheap food being served at Saravana Bhavan.

There was no looking back for Rajagopal, whose chain now has over 30 restaurants across the country, including 20 in Chennai and one in Delhi, and around 47 abroad, including in Manhattan.

He looked after his workers well, giving them free healthcare, housing stipends, marriage fund for their daughters. Saravana Bhavan workers started calling him Annachi, or “elder brother” in Tamil.

The murder case dates back to the ‘90s, when Rajagopal was keen to marry Jeevajothi, the daughter of an assistant manager at Sarvana Bhavan’s Chennai branch, reportedly on the advice of an astrologer. He already had two wives then.

Jeevajothi rejected his marriage proposal and instead married Prince Shantakumar, her brother’s math teacher, in 1999.

Rajagopal threatened the couple to break off the marriage, according to the prosecution. But they refused to heed to his threats. In October 2001, the couple filed a complaint against Rajagopal for constantly threatening them.

A few days later, Shanthakumar was abducted by Rajagopal’s henchmen.

After her husband went missing, Jeevajothi approached the city police with a complaint against Rajagopal. Shanthakumar's body was found by Forest Department officials from inside the Tiger Chola forests in Kodaikanal on October 3, 2001. According to postmortem reports, the cause of death was "asphyxia due to throttling”.

Rajagopal surrendered on November 23 that year after the case became very sensational. He got bail on July 15, 2003.

After his release, he got embroiled in another controversy, for attempting to bribe Jeevajothi with Rs 6 lakh, and intimidating her and assaulting her brother after the family refused to succumb. Neighbours had surrounded Jeevajothi's house in Thethakudi village of Nagapattinam district after hearing the commotion, but Rajagopal and others managed to escape. However, his legal adviser was caught by the villagers.

P. Rajagipal was sentenced to 10 years rigorous jail term in 2004 by a local court for culpable murder. In 2009, the Madras High Court convicted him to life in prison after finding the case “a grave one done with a clear intention”.

The Supreme court today upheld the decision of the Madras High Court. Since Rajagopal has been on bail since 2009 due to health reasons, he has to surrender by 7 July.

Rajagopal’s autobiography, Vetri Meedhu Aasai Veithen (I Set my Heart on Victory), is available at all Saravana Bhavan outlets.