Rahul Gandhi questioned the timing of the latter as it came at a time when Sonia Gandhi was hospitalised and the party was fighting with the BJP in Rajasthan to save its government. 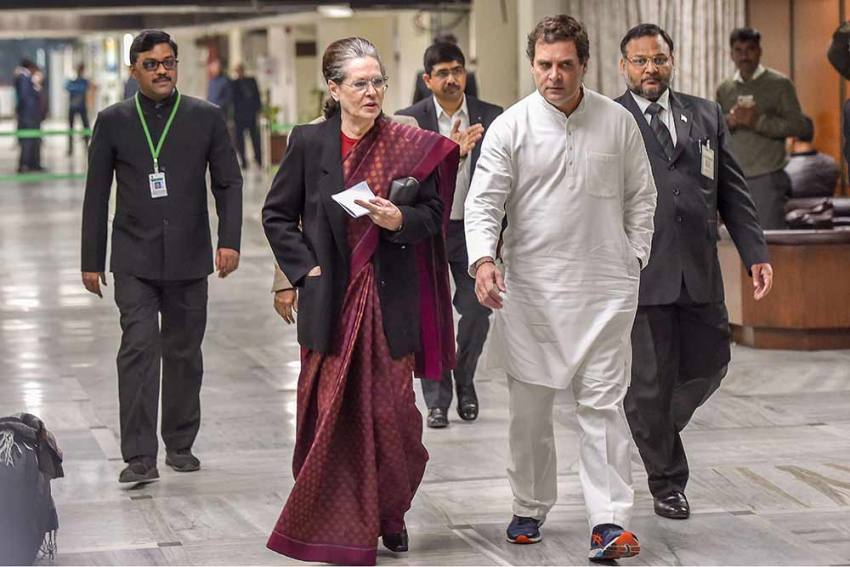 Congress leader Rahul Gandhi on Monday questioned the timing of the letter by a section of the party and slammed them for going public against the leadership, saying differences needed to be discussed in party platforms and not the media.

He also questioned the timing of the latter as it came at a time when Sonia Gandhi was hospitalised and the party was fighting with the BJP in Rajasthan to save its government.

It invited sharp response from former minister Ghulam Nabi Azad at the meeting.

'Start Process To Select My Replacement': Sonia Offers To Quit As Cong President During CWC Meet

Azad, who is one of the signatories read out the contents of the letter, saying the leaders are not questioning Sonia Gandhi and only wanted organisational reform in the larger interest of the party.

While reading out the letter, Azad asked which part of it was an attack on Sonia or Rahul Gandhi.

Azad said he can never undermine Sonia gandhi or contribution of Nehru-Gandhi family to the Congress. In his brief speech, the senior Congress leader said Sonia Gandhi's hard work in building the party, bringing it to power in 2004 and 2009 was a matter of record and doesn't need validation from anyone. "Changes demanded are purely organisational and in keeping with spirit of CWC resolution passed when Sonia Gandhi took over as interim chief which had called for extensive overhaul," Azad said.

Azad said he would resign from the party and politics if anyone proved that he was working in tandem with the BJP.

Azad later clarified that he was responding to the charge by party colleagues when he offered to resign.

"Rahul Gandhi never said it, neither in CWC or outside, that this letter (to Sonia Gandhi about party leadership) was written in collusion with BJP," Azad said.

A section of media is wrongly attributing that, in CWC I told Shri Rahul Gandhi to prove that the letter written by us is in collusion with BJP-“let me make it very clear that Shri Rahul Gandhi has neither in CWC nor outside said that this letter was written at the behest of BJP"

Echoes of the fiery CWC meeting were also heard outside with former minister Kapil Sibal, another signatory to the letter, publicly questioning Rahul's accusations of a BJP link to the letter seeking sweeping changes to party organisation and elections to the CWC.

"Rahul Gandhi says 'we are colluding with BJP'. Succeeded in Rajasthan High Court defending the Congress Party. Defending party in Manipur to bring down BJP Government.

"Last 30 years have never made a statement in favour of BJP on any issue. Yet 'we are colluding with the BJP'!,"he tweeted.

Later, however, Sibal said Rahul Gandhi had personally informed him that he had never made such a remark. He, therefore, withdrew his tweet.

Earlier addressing the CWC, Rahul Gandhi said Sonia Gandhi had accepted the party presidentship only after the committee last year urged her to take responsibility.

He took on the leaders who went public with their complaints saying, "it is the CWC where we discuss our differences and put out our thoughts, not the media,".

Questioning the timing of Azad's letter, the former Congress chief said the letter was sent when Sonia Gandhi was unwell and was admitted to a hospital and at a time when the Congress was fighting the crisis in Rajasthan.