At Least 25 Covid Patients Escape From Health Centre In Tripura

According to officials, many of them might have boarded trains and so far only seven of the 25 patients have been traced 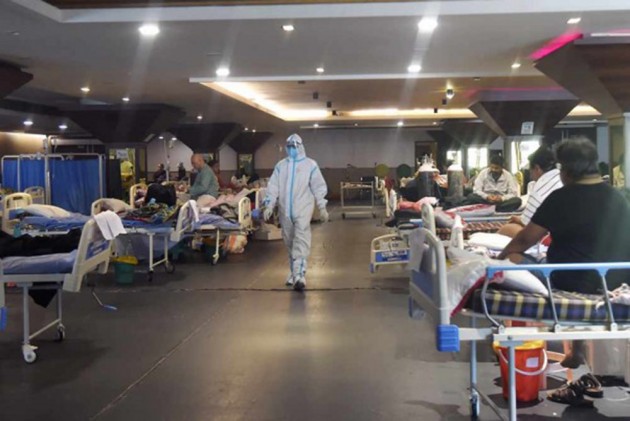 Amid covid-19 care centres across the country running out of space to accommodate new patients, in a one-of-a-kind incident, at least 25 patients escaped from a centre in Tripura.

According to officials, so far only seven of the 25 patients have been traced and a search operation is underway to track the rest.

‘Will Covid Vaccine Kill Or Make Me Impotent?’ Villagers Question, Say No To Vaccine

Police believe that the rest of the patients might have boarded trains to leave the state. According to officials all the patients who fled the centre were migrant workers.

"We have informed all the police stations about the incident and alerted the railway authorities since they came here from other states. We have initiated a search operation to trace them," said Himadri Sarkar, the officer-in-charge of the Ambassa police station.

Seven of those who escaped were apprehended from the Ambassa railway station, police said.

On April 22, 31 Covid patients escaped from a COVID centre in the Arundhatinagar area of Agartala. They had come from other states to appear for an interview for recruitment in Tripura State Rifles (TSR). They are yet to be traced, officials said.

From April 24, the Tripura government has made it mandatory for people coming to the state to carry a COVID- negative report. Otherwise, they will have to undergo a rapid antigen test.