At least 383 People Have Entered Mizoram Since Myanmar Coup: Official 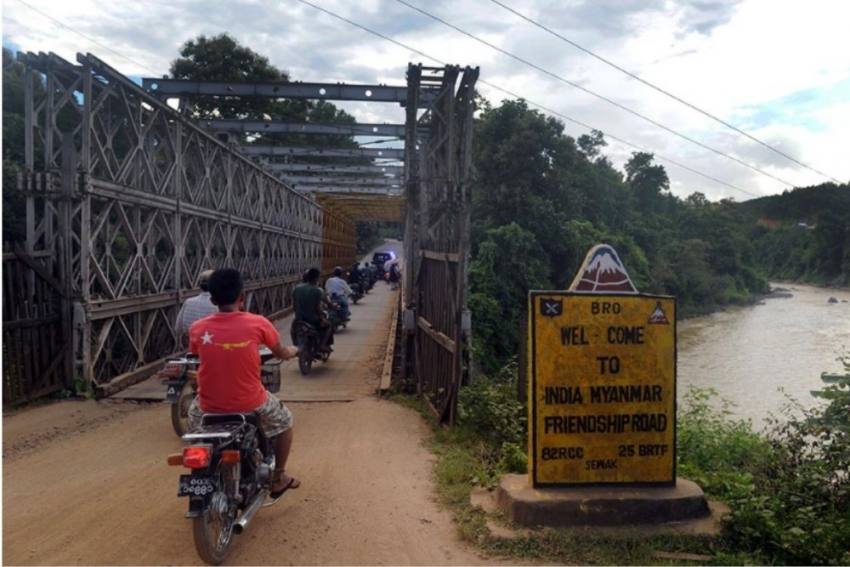 Following the military coup and subsequent crackdown on the pro-democracy movement in Myanmar, at least 383 Myanmar nationals, including women and children, have so far sneaked into the neighbouring Mizoram seeking refuge since late February, informed a state home department official.

98 per cent of such Myanmar nationals who entered Mizoram claimed that they belonged to the police force and fire service, added the official.

But, they don't have documentary proofs in support of the claim, the official said.

Myanmar: Police Arrests Many As Civilians Protest Against Military Rule

Explained: Here’s How Imposition Of Martial Law Will Impact Anti-Coup Protests In Myanmar

Of the 383 foreign nationals, 297 have been already verified while 86 are yet to be verified or confirmed, the official said.

"As per the state home department record as on Monday, 383 people from Myanmar have already entered five Mizoram districts and 86 of them are yet to be confirmed," the official told PTI on condition of anonymity.

According to the official, among the six border districts, only the Saitual district has not reported an influx of refugees from the trouble-torn country after the coup.

He said that many of them were accommodated by the locals as a mark of showing hospitality towards strangers, which is part of the tradition of the Mizos.

Though the state government and Assam Rifles were trying their best to prevent illegal influx, the Myanmar nationals, who had already entered the state due to humanitarian crisis, could not be prevented due to the porous border.

The state government could not immediately push them back on humanitarian ground, he said.

Speaking to PTI, Lalramnghaka, village council president of Lungkawlh village in the Serchhip district, said that at least 19 Myanmarese are currently taking refuge there.

While three persons were accommodated by a family in North Vanlaiphai village, 16 others are being provided with foods and other reliefs by residents of Lungkawlh village by raising
community fund, he said.

The Union Home Ministry on Friday cautioned four Northeastern states -- Mizoram, Manipur, Nagaland and Arunachal Pradesh -- bordering Myanmar against influx from the neighbouring country in the wake of largescale protests following a coup there, and asked them to take appropriate actions as per law.

In a communication, the home ministry told the four states to guard against the influx of civilians and government officials from Myanmar and take all precautions to deal with any such situation.