PM Modi said a step-by-step approach helped avoid panic and India made special efforts to reach out to vulnerable groups. 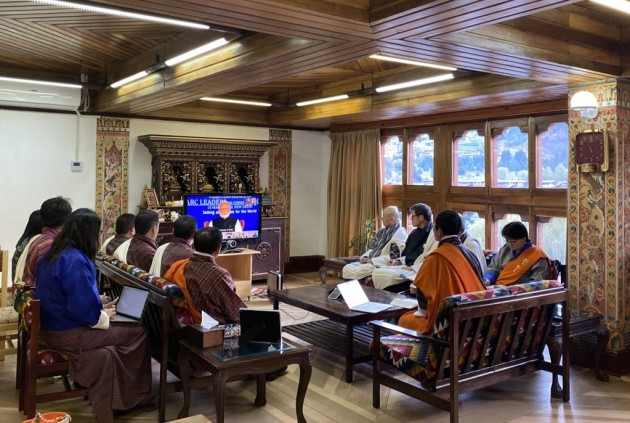 Prime Minister Narendra Modi along with leaders and representatives from SAARC nations participated in a video conference to chalk out a joint strategy to fight the coronavirus outbreak that has killed over 5,000 people worldwide.

In his opening address, Prime Minister Modi said the South Asian region has reported less than 150 coronavirus cases, but "we need to remain vigilant".

"Prepare, but don't panic" has been India's guiding mantra in dealing with coronavirus outbreak, he said.

A step-by-step approach helped avoid panic and India made special efforts to reach out to vulnerable groups, he said.

India also responded to the call of its people abroad and evacuated nearly 1,400 Indians from different countries, he said.

Modi also said India helped some citizens of neighbouring countries by evacuating them from coronavirus-hit nations.

Modi on Friday had proposed formulation of a joint strategy by the SAARC nations to fight coronavirus, a suggestion that was backed by all the member states.

Calling on the SAARC nations to set an example for the world, Modi had reached out to the eight-member regional grouping and pitched for a video-conference among its leaders to chalk out a strong strategy to fight coronavirus, which has killed more than 5,000 people globally.

Pakistan's response to the proposal came in after the rest, with the country's Foreign Office Spokesperson Aisha Farooqui saying the threat of COVID-19 required coordinated efforts at global and regional levels.

"We have communicated that SAPM (Special Assistant to Pakistani Prime Minister) on Health (Zafar Mirza) will be available to participate in the video-conference of SAARC member countries on the issue," she said.