Atishi Hits Back At 'Metro Man' Sreedharan, Says He's Being Used By BJP

In a letter to Deputy Chief Minister Manish Sisodia, the former DMRC chief said free travel will 'worsen overcrowding' and 'lead to mishaps'. 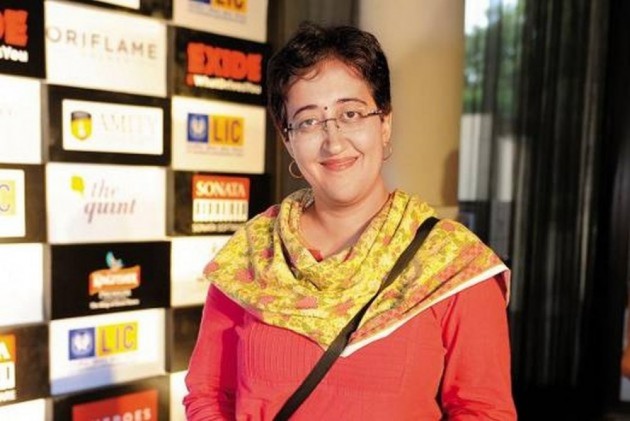 AAP member Atishi Friday hit out at 'Metro Man' E Sreedharan for calling the Delhi government's proposal of free rides to women in metro an "election gimmick", saying the BJP was using his shoulder to convey its message.

In a letter to Deputy Chief Minister Manish Sisodia, the former DMRC chief said free travel will "worsen overcrowding" and "lead to mishaps".

He alleged that the Delhi government's proposal of free travel for women is an "election gimmick" and urged the Kejriwal dispensation to "not destroy" the efficient and successful public transport system for electoral gains.

Hitting back, Atishi said the party is surprised that a respected person like him has written a "political letter" and the AAP feels like BJP is using Sreedharan's shoulder for conveying its message.

"Sreedharan ji has said that the move would be a financial burden on DMRC. I want to ask when last year, the Centre proposed to make metro rides free for senior citizens and students, why did not he raise any objection?" she said.

"If you look at the central government's proposal, you will see that it was a model of cross-subsidy, which means all other people would bear the subsidy of students and senior citizens. Why no objection on this?" the 37-year-old Oxford scholar said.

Secondly, in airport metro lines, several financial irregularities surfaced and the Delhi government gave a detailed report on it and a CBI inquiry was proposed, but it was stalled by the government, Atishi alleged.

"When this metro line was being made, Sreedharan ji was in-charge of Delhi metro, and if financial irregularities were taking place, why did not he raise his voice? Is the BJP protecting all the administrators by not conducting a CBI inquiry into the matter? Is this the reason the BJP is able to use Sreedharan ji for putting out their voice?" the AAP leader, who fought the Lok Sabha elections from the East Delhi seat, said.

"Third issue - he (Sreedharan) said (Sisiodia's) comment that DMRC is using 65 per cent of its capacity is wrong and he is lying on the DPR report... our question to you is that whether the DPR project report on the basis of which the state and Centre decide their share...is he implying that the figure of riders and the whole funding given on the basis of this report is wrong?" she said.

Quoting several international research studies on women's mobility and access to economic opportunities, Atishi said the Aam Aadmi Party (AAP) has based its proposal on such studies.

"Women are a very small fraction of the country's workforce. Most women work in small and medium-sized enterprises. They do not have the financial independence to travel freely and many times have to ask their families for money to travel. When travel for women becomes free, it significantly increases their access to opportunities, as the World Bank and UNDP reports have suggested," she said.

She said a McKinsey Global report said India's GDP will grow by 16-20 per cent if women participation in the economy will be at par with men.

"The lack of access to public transport is one of the top impediments to the participation of women in the workforce," she added.

Reiterating the party's strong women security pitch, Atishi said, "Women feel much more secure when the presence of women grows in public spaces. We do not need just special coaches, we need 50 per cent occupancy of women in the Metro."

In an appeal to Sreedharan to not allow himself to be used by the BJP for their political agenda, Atishi said, "You are such a well-respected person, why are you allowing the BJP to fire from your shoulder to stall women's empowerment and development? The BJP is a party that wants women to stay at home, not wear jeans, and is opposed to women being independent. Why are you supporting such a regressive mentality?"