Appearing for the state government, senior counsel Darius Khambata said that the allegations of corruption levelled against Param Bir Singh were of serious nature. 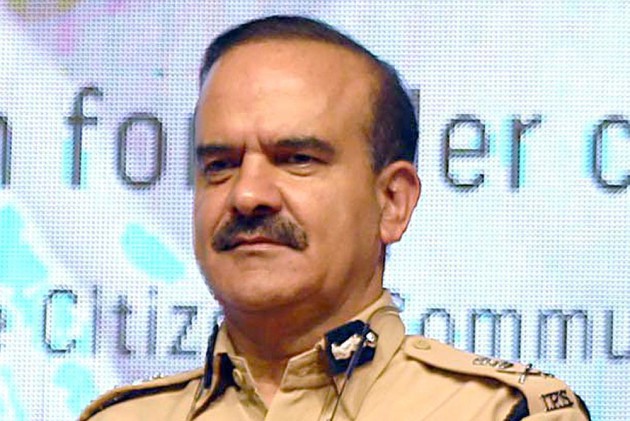 Former Mumbai Commissioner of Police Param Bir Singh will not be arrested till May 20 in connection with the FIR registered against him by Thane police under the Atrocities Act, the Maharashtra government on Thursday told the Bombay High Court.

Appearing for the state government, senior counsel Darius Khambata told a division bench of Justices P B Varale and N R Borkar that the allegations of corruption levelled against Singh by a police inspector in Akola were of serious nature.

The FIR was registered on April 30 and an investigation into the case has commenced. The police want time to file an affidavit to the petition, Khambata said.

"Till that time, we (police) will not arrest the petitioner (Singh)," he said.

The bench accepted the statement and posted the matter for further hearing on May 20.

The HC noted that the alleged incident took place in 2015 and the complaint was filed in 2021.

"It took the complainant five years to lodge a complaint," the court said.

Singh approached the HC last week, sought that the FIR against him be quashed.

His counsel Mahesh Jethmalani on Thursday argued that the case was filed with malafide intentions and was abuse of powers by the police.

"It is a completely misconceived FIR and protection should be given to the petitioner (Singh)," Jethmalani said.

The FIR was based on a complaint lodged by police inspector Bhimrao Ghadge posted at Akola in Maharashtra.

Ghadge in his complaint had made a series of allegations of corruption against Singh and other officers, during the period when Singh was posted with the Thane police.

The Akola police had registered a Zero FIR (mode of lodging FIR in any police station irrespective of the offence committed in that area or any other area) and it was later transferred to the Thane police for investigation.

Ghadge, who was posted in the Thane Police Commissionerate during 2015-2018, had alleged that Singh pressured him to drop the names of some persons from a case and when he refused to do so, Singh embroiled him in false cases.

The FIR against Singh has been registered under the Indian Penal Code sections for criminal conspiracy and destruction of evidence and provisions of the Scheduled Caste and Scheduled Tribe (Prevention of Atrocities) Act.