Attempt To Mislead Farmers On New Agri Laws Will Not Succeed: Rajnath Singh 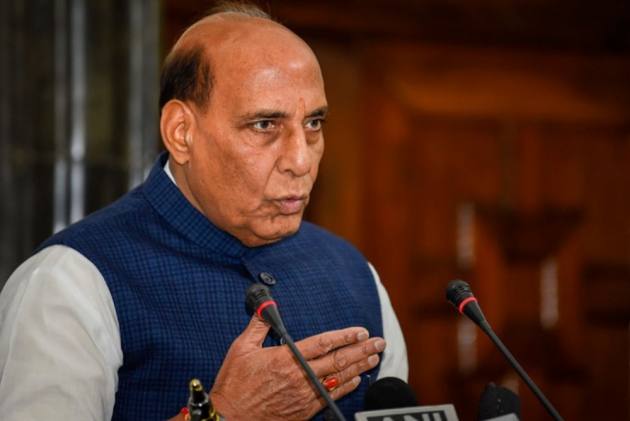 Defence Minister Rajnath Singh Sunday said that attempts to "mislead" farmers on the recent agriculture laws will not succeed.

Addressing a state-level function to mark the third anniversary of the Jai Ram Thakur-led BJP government in Himachal Pradesh, he said the new laws will raise the income of farmers, but the Congress was misleading them.

Whenever a reform is effected it takes a few years before it starts showing positive results, Singh said in his virtual address.

Be it the 1991 economic reforms brought in by the then finance minister Manmohan Singh or other ones enacted during the Vajpayee government, it took four-five years to see their positive results, he added.

"Similarly, if we can't wait for four-five years, we can wait for at least two years to witness positive results of the agriculture reforms carried out by the Narendra Modi government," the defence minister added.

Thousands of farmers have been protesting at different border points of Delhi against the three laws enacted in September.

They have been claiming that new legislations will destroy the mandi system and end the Minimum Support Price mechanism, apprehensions the government has insisted are misplaced.