While mostly migratory birds and crows were found dead, Kerala reported an outbreak of avian flu in duck farms 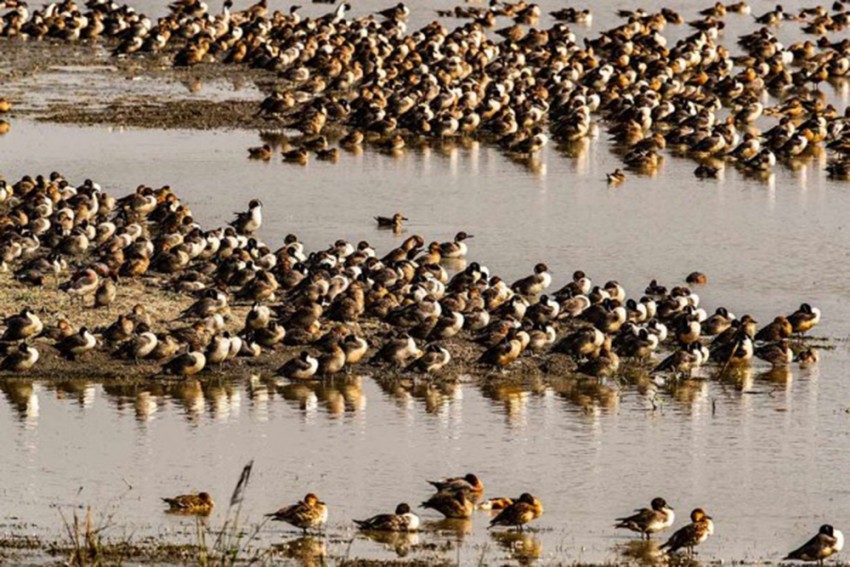 Migratory birds are seen in a wetland in Pobitora wildlife sanctuary on the outskirts of Guwahati.
AP Photo
Lola Nayar 2021-01-05T19:09:43+05:30 Avian Flu Breaks Out In Rajasthan, Madhya Pradesh, Himachal Pradesh And Kerala 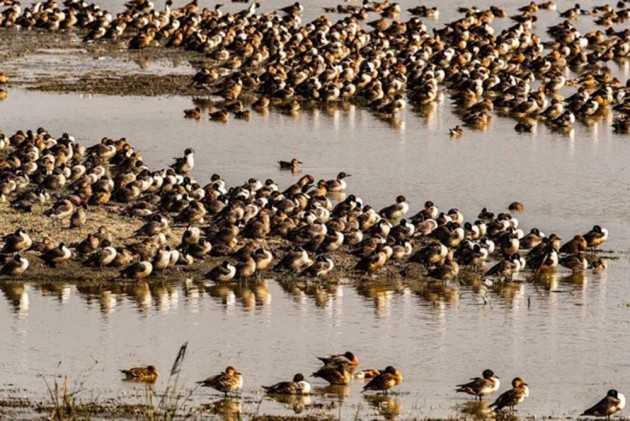 Avian flu cases have been confirmed in four states, including Rajasthan, Madhya Pradesh, Himachal Pradesh and Kerala with hundreds of migratory birds and crows being found dead. In Haryana, though there have been suspected avian deaths, the cause is still to be confirmed, a senior official of the department of animal husbandry said.

“Avian flu has been confirmed in some parts of four states with mostly migratory birds and crows found to have died. In Alappuzha and Kottayam districts of Kerala, however, there have been casualties due to avian flu in duck farms,” said U. Basu, joint secretary, department of animal husbandry.

Avian flu during winters in the northern India is not unusual as it has been witnessed many times over the last decade. As a precaution against its spread, authorities in affected places have been told to ensure proper culling and disposal of birds within 1km radius of the epicenter. Basu is hopeful that three months of culling will have the desired impact without great loss to the poultry industry.

While theoretically, transmission of avian flu from birds to human beings is possible, there has been no such case in India during the last several episodes of the outbreak in the country.

Ramesh Khatri, president, Poultry Federation of India, assured that so far there have been no reports of any of the poultry farms having been affected as most of the reported avian deaths have been of migratory birds in Himachal Pradesh and crows in Rajasthan and Madhya Pradesh.

“Apart from culling and safe disposal of diseased birds, which is a normal practice, we have had no reports of any poultry operations being impacted due to avian flu,” said Khatri.

SP Singh, general manager (North), Venky’s (India) Ltd, pointed out that during the last two decades, India has been managing the various episodes of avian flu in winters without any harm to human beings. “India’s poultry industry, the second largest in the world, is 90 per cent in the organized sector as such several safeguards such as culling of diseased birds and cautious disposal have been put in place to protect our birds and prevent spread of any virus,” said Singh.

According to media reports, five Bar-Headed geese found dead at the Pong Dam Lake sanctuary in Himachal Pradesh have tested positive for avian flu. The samples tested at the National Institute of High Security Animal Diseases (NIHSAD), Bhopal, found the birds to have avian influenza virus. Around 1,800 migratory birds, most of them Bar-Headed Geese, have been found dead in the lake sanctuary so far. An alert zone within 1km of the lake has declared by Kangra district administration.

In Kerala, authorities have ordered culling of birds – ducks and hens in and around affected areas in Alappuzha and Kottayam districts. In Kottayam district authorities said bird flu was reported from a duck farm in Neendoor. Around 1,500 ducks have died on the farm. Similarly, bird flu outbreak was also reported from some farms in Kuttanad region of Alappuzha district. Around 40,000 birds are proposed to be culled to check the spread of the virus.