The infection is now largely confined to the Pong Dam wetland, however deaths of crows have been reported in four other districts of Himachal-- Kangra, Mandi, Bilaspur and Sirmaur. 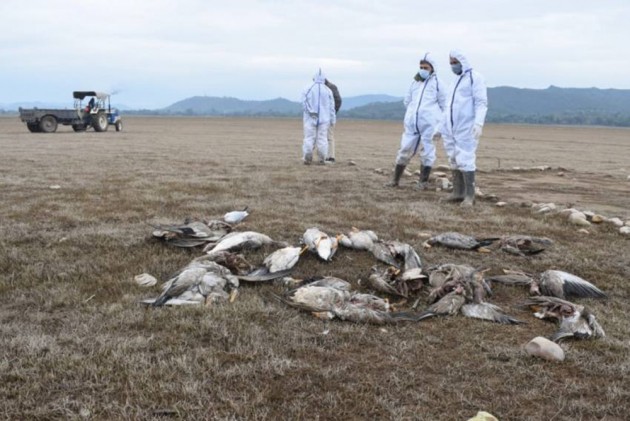 Amidst rising cases of bird flu throughout the country, the Himachal Pradesh Forest department’s wildlife wing took swift action and ordered the closure of the Himalayan Aviary located in Shimla. The forest department also issued orders to staff in half a dozen zoos located across the state to restrict public movement near bird enclosures at their facilities.

Principal Conservator of Forest (Wildlife) and Chief Wildlife Warden Dr Archana Sharma told Outlook that the aviary will remain shut for the next few days as a precautionary measure, considering a lot of tourists visit the site on a regular basis.

The aviary lodges about 45-50 birds belonging to nine different species. Himachal is home to three zoological parks located at Kufri, Renuka and Gopalpur and three aviaries located at Shimla, Sarahan and Chail.

Bird flu has taken a massive toll on wildlife in Himachal. About 4,020 migratory birds have succumbed to the disease at the Pong Dam wetland site, reports claimed.

Numerous Protection Rescue Team (PRTs) have been deployed and they are working proactively to collect and dispose dead birds in and around the Ramsar wetland site, Sharma said.

Meanwhile, the state’s Dhameta region has witnessed a significant decline in the number of birds succumbing to the H5N1 virus.

The infection is now largely confined to the Pong Dam wetland, however deaths of crows have been reported in four other districts-- Kangra, Mandi, Bilaspur and Sirmaur.

“There are no confirmed reports of the H5N1 virus in Kangra. However, crows and pigeons in the vicinity seem to have been infected and we are awaiting lab results to confirm if the poultry here has been infected. A control room will soon be set up at Nagrota Surian to monitor the outbreak. Efforts are underway to contain the virus from spreading to domesticated birds and humans. We are also conducting random tests on birds near Pong Lake,” Deputy Commissioner Kangra Rakesh Prajapati said.