The Centre prescribed lower and upper limit on air fares and said airlines will have to adhere to it for a period of three months. 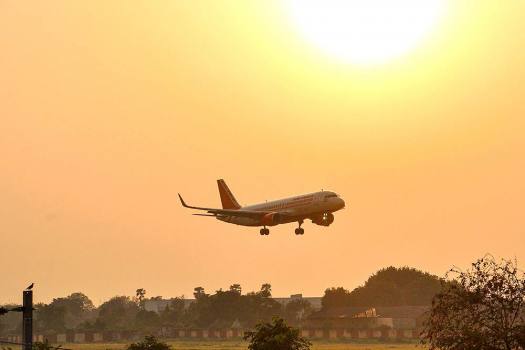 Civil Aviation Minister Hardeep Singh Puri on Thursday said that a minimum and maximum fare for three months has been set for the domestic flight services, which resume from May 25.

The ministry asked all the airline operators to adhere to lower and upper limit of fares prescribed by the government for the next three months.

No Physical Check-in, Only One Bag, No Meals On Flights: Aviation Ministry Guidelines

The Centre issued the advisory as part of the guidelines for airlines in view of the resumption of domestic flights from May 25.

The ministry said that 40 per cent seats in flights would have to be sold at mid-point of lower and upper air fare limit set for the route.

The minister said they have divided routes in seven sections for fare control.The first section is where flight duration is less than 40 minutes.

The Minister said only one-third flights will be permitted form metro to non-metro cities where weekly departures are more than 100.

The advisory comes as part of a set of Aviation Ministry's guidelines for airlines, airports, passengers and other stakeholders.

ALSO READ: Come May 25, Here's Why Airlines Will Find It Difficult To Operate Without Violating Covid-19 Guidelines

Puri said that guidelines have been issued for the passengers and airports, which are to be followed during flight operations.

"The cabin crew will be required to be in full protective gear. Only one check-in bag will be allowed. Passengers should report at least two hours before the departure time," he said.

"A passenger will be required to wear protective gear, face mask and carry sanitiser bottle. Airlines shall not provide the meal on board. Water bottles will be made available in the gallery area or on seats," he added.

He also said that self-declaration or Aarogya Setu App status on a compatible device would be obtained to ensure that a person does not have COVID-19 symptoms.

"Passengers with red status on Aarogya Setu App will not be allowed to travel," he said.