Ayodhya: The leader of the opposition in Rajya Sabha Mallikarjun Kharge raised the issue of land purchase by politicians and officials, following the Supreme Court judgement on Ram temple. 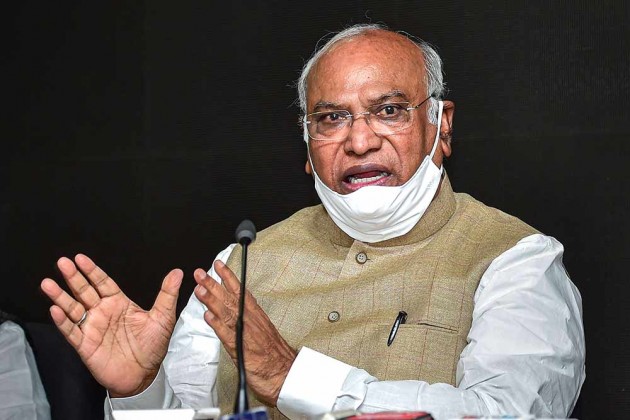 Congress leader Mallikarjun Kharge on Wednesday sought to raise in Rajya Sabha the issue of reported purchase of land in Ayodhya by politicians and officials following the Supreme Court judgement on Ram temple.

Soon after tabling of listed papers and reports, Leader of the Opposition in the House Kharge stood up holding a newspaper and started speaking about the issue.

"You (Chairman) might have seen in today's Indian Express which carried a story saying that MLAs and Mayor, relatives of Commissioner, SDM, DIG, officials buying land...," he said.

Rajya Sabha Chairman M Venkaiah Naidu told Kharge that to raise the issue he has to give a notice first. Naidu also said a newspaper report cannot be read in the House.

To this, Kharge said he was not reading from the newspaper, but from his notes.

"I am reading from my notes," the Congress MP said, as several party colleagues, including Jairam Ramesh, Ambika Soni and Shaktisinh Gohi, were seen standing in his support.

However, the Chairman did not allow him to raise the matter, and later the House was adjourned sine die.