Retired Supreme Court judge F M I Kallifulla will head the mediation team on the Ram Janmabhoomi-Babri Masjid land dispute case on Friday said it has been given a serious responsibility and will take all steps to resolve the issue 'amicably'. 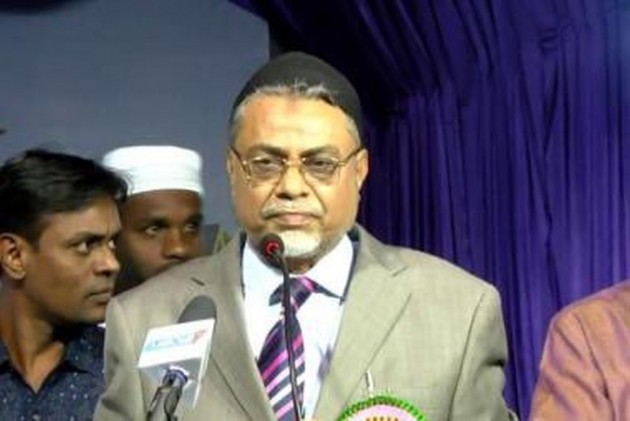 Retired Supreme Court judge F M I Kallifulla will head the mediation team on the Ram Janmabhoomi-Babri Masjid land dispute case on Friday said it has been given a serious responsibility and will take all steps to resolve the issue "amicably".

The Supreme Court-appointed mediation team which also has spiritual teacher Sri Sri Ravishankar and senior advocate Sriam Panchu as its other members.

"For the present, I can only say that if the committee has been constituted, we will take every step to resolve the dispute amicably," Kallifulla said.

It's A Serious Responsibility, Will Do My Best: Ayodhya Mediator Sriram Panchu

A native of Tamil Nadu, Kallifulla had earlier served as a judge of the Madras High Court.

While Sri Sri said everybody must move together to end long-standing conflicts, Panchu said the court has given a "serious" responsibility and he will do his best.

A five-judge constitution bench of the Supreme Court, headed by Chief Justice Ranjan Gogoi, referred the politically sensitive case for mediation on Friday and appointed the three-member panel for the purpose, asking it to complete the process within eight weeks.

Sri Sri, founder of The Art of Living foundation based in Bengaluru, said, "We must all move together towards ending long-standing conflicts happily by maintaining harmony in society.

"Respecting everyone, turning dreams to reality, ending long-standing conflicts happily and maintaining harmony in society - we must all move together towards these goals. #ayodhyamediation," he tweeted.

Panchu, a senior advocate of the Madras High Court, said the court had given him "a serious" responsibility and he would do his best. "It is a very serious responsibility given to me by the Honourable Supreme Court. I will do my best," he said in a brief statement here.

Panchu is regarded as a pioneer in the mediation movement.

Founder of the country's first court-annexed mediation centre -- The Mediation Chambers -- in the Madras High Court in 2005, he has authored books on mediation, including a comprehensive manual -- Mediation: Practice and Law.

Panchu has mediated a number of cases, including the one involving the boundary dispute between Assam and Nagaland.