Ayodhya Verdict: 77 Arrested In UP, 10 Held In MP For Posting Inflammatory Content

Action has been taken against 8,275 posts including 4,563 posts on Sunday by the Uttar Pradesh police post-Ayodhya Verdict. 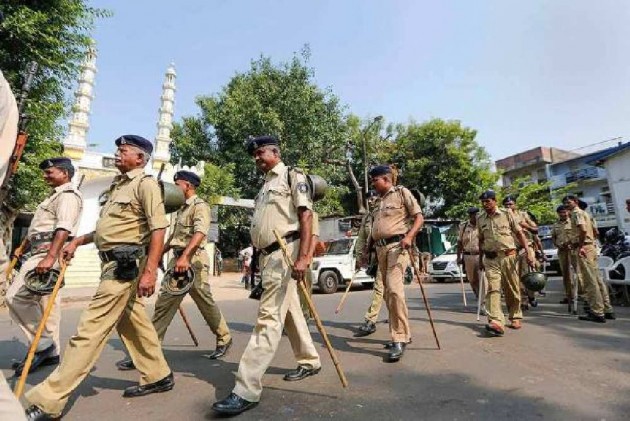 In two days since the Supreme Court delivered its verdict on Ayodhya issue on Saturday, the Uttar Pradesh police has arrested 77 people across the state for allegedly trying to vitiate communal harmony in the state through social media posts, police said on Sunday.

Meanwhile, eight people were arrested in Seoni and two in Gwalior in Madhya Pradesh for posting objectionable messages on social media and bursting crackers after the top court delivered the verdict, officials said.

After the apex court's verdict on the Ayodhya issue, a total of 34 cases have been registered and 77 persons arrested so far in the state of Uttar Pradesh, said a statement by police in Lucknow.

"On Saturday evening, we received a screenshot of the inflammatory post. Based on that, we arrested Chauhan, a resident of Rampuri locality, under section 188 of the IPC for showing disobedience to an official order, and section 153, which deals with a provocation to cause a riot" he added.

Several other objectionable posts from a WhatsApp group called 'Hindu Sena' were found on Chauhan's mobile phone, he said.

In the second incident in Gwalior, jail warden Mahesh Awad was suspended for the bursting of crackers in Chhaoni area despite a ban on such post-verdict activities by district authorities.

The Supreme Court in a unanimous verdict on Saturday cleared the way for the construction of a Ram Temple at the disputed site at Ayodhya and directed the Centre to allot a
5-acre plot to the Sunni Waqf Board for building a mosque.