When a group of six students called for protests, they had not expected more than 100 participants to join them. But they were taken by surprise. 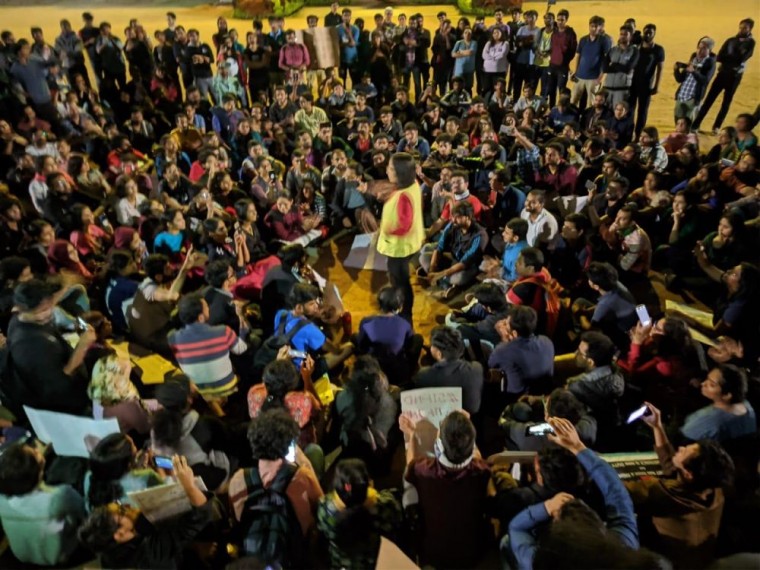 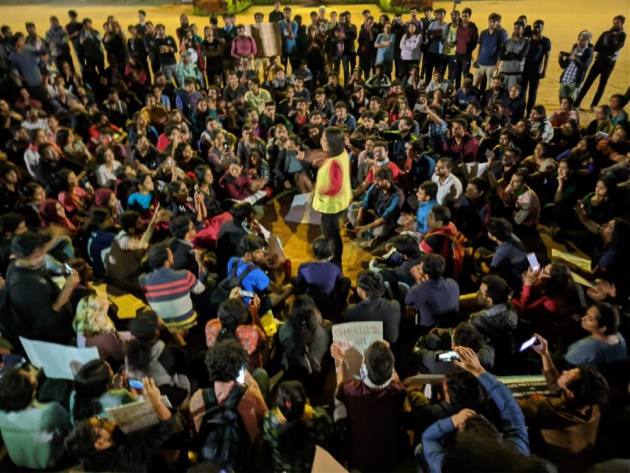 As the protests against mob attack on Jawaharlal Nehru University (JNU) students rage in campuses across the country, the chants of ‘Azaadi’ echoed from an unexpected corner — the Indian Institute of Science (IISc) campus in Bengaluru, which is knwon to have churned out the best minds and top scientists of the country.

The winds of change in the campus, which has mostly remained aloof to social and political happenings in the country, came close on the heels of students of St Stephen’s college and Delhi School of Economics (DSE) springing a surprise by participating in protests in solidarity with JNU students and against Citizenship Amendment Act and proposed pan-India NRC.

Also Read: January 5, A Blood Sunday At JNU: Did Police Right The Wrongs?

When a group of six students from the IISc campus decided to give a call for protests against mob violence in JNU on January 5, they had not expected more than 100 participants to join them.

A poster which read, “If you are neutral in situations of injustice, you have chosen the side of the oppressor” was circulated widely among the students in the evening. "The protest was never intended to be political in nature," says one of the organisers.

However, the massive turnout on the evening of January 7 took the organisers and the faculty by surprise. Students and faculty members from research institutes like NCBS, ICTS and NIAS also joined the protest.

In a first, the campus also saw banners calling for the ban of RSS and release of jailed Bhim Army chief Chandra Shekhar Azad, say the students.

“When protests began at 8.30 pm, there was a crowd of more than 800 students. The students were chanting slogans against PM Modi, Amit Shah and RSS. We had never witnessed something like this in our campus before. Students were also chanting Jai Bhim,” says a PHD student, who wished not to be named.

Also Read: Why Are Students Angry? Is Conflict Over Public-Funded Higher Education Only Reason?

For Professor Suvrat Raju, a theoretical physicist with the International Centre for Theoretical Sciences (ICTS), the march was unprecedented. Professor Raju, who addressed the march, says the protest was a result of the frustration that has been building up against the government action and events in Kashmir, Jamia Millia Islamia, AMU and JNU.

“The IISc is largely apolitical, but there is a point when it crosses the threshold of tolerance. I have been teaching here for more than seven years and have never seen something like this. Even senior faculty also say they haven’t seen anything like this before,” he adds. 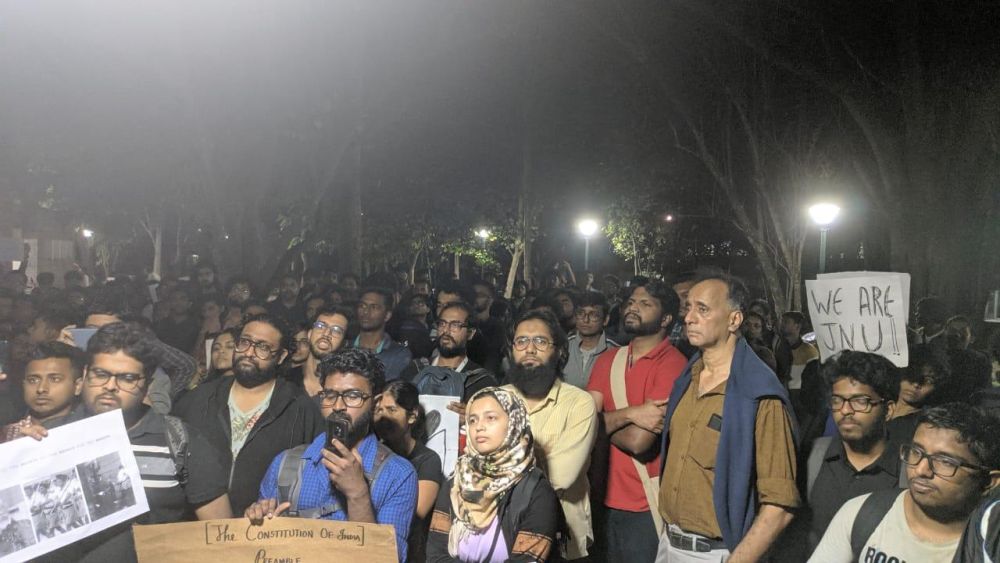 Though the campus witnessed a protest march against Citizenship Amendment Act last month, not more than 50 students participated in it, says a student. “Even then, we took utmost caution not to chant slogans of Azaadi. We didn’t want any controversy,” says another student.

A female student says that they have now realised that silence is not an option anymore.

Also Read: The Death Of Student Power And How Governments Played Their Part

“After the recent events, the section of students who were silent till now feels that they have to speak up. Being silent is no more an option,” she says.

Though students are not barred from holding protests, most of the students Outlook spoke to were wary of giving out their names, fearing action by the administration.

Now that the IISc has witnessed political protests, students now feel that the upcoming council elections in February are going to be a tight contest given the current atmosphere in the campus. So far, the campus elections have never been a political affair.