The oil well had first reported a leakage on May 27, soon after which it caught fire. 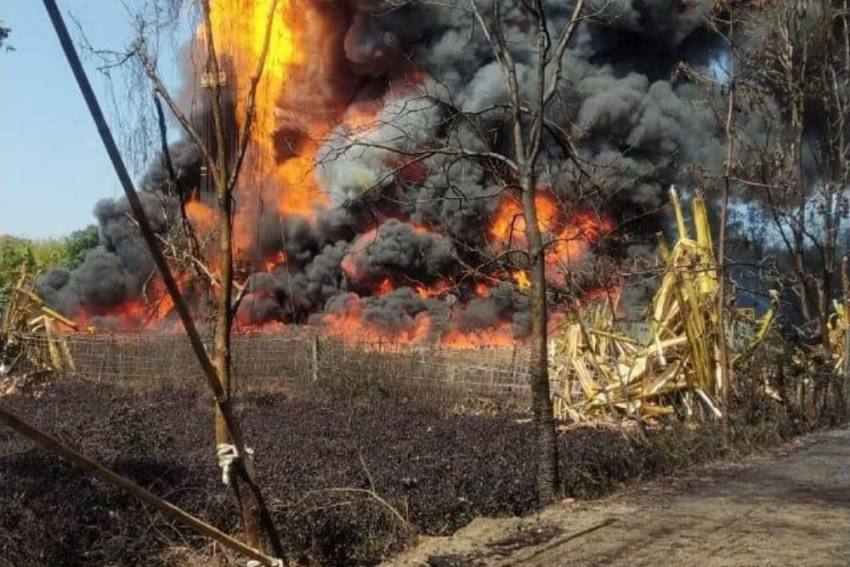 The fire at Baghjan oil well in Assam’s Tinsukia district has finally been doused after five months. The oil well operated by Oil India Limited (OIL) had caught fire on June 9.

“The well has been killed with brine solution. Fire has been doused completely. There is no pressure in the well now and the same will be observed for 24 hours to check if there is any amount of gas migration and pressure build up. Further operation to abandon the well is in progress,” OIL spokesman Tridiv Hazarika said. Apart from local engineers, experts from Canada, USA and Singapore have been engaged at the site.

The oil well which is located near Dibru Saikhowa National Park first developed a leakage on May 27 which continued to emit condensate, with the gas catching fire on June 9. Two fire fighters were killed on June 9 and an engineer died falling off from the site on September 9. Because of the fire, hundreds of families residing in the area were shifted to temporary camps.

Though OIL is yet to assess the amount of loss, OIL Chief Managing Director Sushil Chandra Mishra on September 29 had told media that the company has suffered around Rs 6 crore losses because of the blowout.

Wildlife Institute of India (WII), an autonomous institution of the Ministry of Environment, Forest and Climate Change, in its report said that the potential of oil blowout and oil spill-like disasters, is a reality and therefore such oil wells in the vicinity of the Dibru-Saikhowa National park in Assam and in other similar ecological sites pose harm to the local ecology.

“Toxic fumes and oil coating have universally affected flora and fauna. Contaminants and oil continue to be released in surrounding areas and immediate action is required to contain such a spill. The toxins released are known to have long-term persistence in soil and sediments, which will not only affect current life conditions, but due to sustained release over a long period, pose a serious health risk on the long term,” the report said.