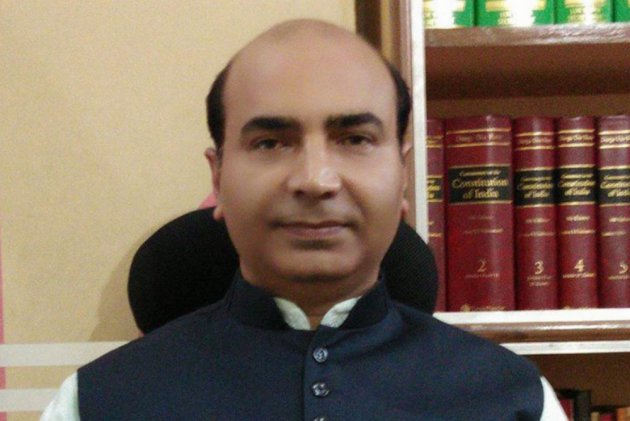 “As far as the offence u/s 153A (promoting enmity between different groups on grounds of religion, race, etc) of IPC is concerned except for mere assertion, there is nothing on record to show that the alleged hate speech to promote enmity between different groups was done in the presence or at the behest of the accused,” the judge said in the order.

During the hearing, the court also inquired from the public prosecutor and there was nothing against the accused in the alleged video.

While granting bail, the court noted that there was no chance that the accused will abscond.

“Conspiracy is no doubt hatched behind closed doors and that the investigation in the present matter is at nascent stage. That however, does not imply that liberty of a citizen be curtailed on mere assertions and apprehension,” the court said.

The prosecution opposed the application during the hearing on the ground that release of the accused will be prejudicial in maintaining public tranquillity and will create further serious law and order situation.

There are chances that the accused will create communal disharmony, it said.

Senior advocate Vikas Singh, appearing for the accused, termed the arrest as “blatant abuse of power by the police”.

Police cannot apprehend anyone indiscriminately, he said, adding that it was an admitted fact that the accused was present at the spot in the morning and not at the time of alleged incident relating to hate speech committed.

The defence counsel further added that the FIR was registered belatedly.

The counsel submitted that Upadhyay was being illegally incarcerated and therefore bail should be granted to the accused forthwith.

Opposing the application, the public prosecutor said that the protest was made during the pandemic during which large gatherings are not being allowed to prevent the spread of Covid-19, and that the gathering was held without any permission.

The gathering organised by the accused was an unlawful assembly in which he actively participated knowing the common object of the gathering, the prosecutor said.

The court rejected prosecution's contention related to the pandemic, saying that it is a difficult time indeed for everyone and serious view should be taken against those who violate the guidelines; yet, the offences, as far as the breach of these guidelines is concerned, are bailable in nature and can be dealt by the trial court on merits.

While granting the bail, the court directed the accused to cooperate with the ongoing investigations and join the probe as and when summoned by the investigating officer.

It further directed the accused not to leave the country without the court's permission and "scrupulously appear at each and every stage of the proceedings before concerned court so as not to cause any obstruction or delay to its progress”.

The accused was sent to the judicial custody yesterday by a court here, considering that his bail application was pending.

A video showing anti-Muslim slogans being raised during a protest at Jantar Mantar here was widely circulated on social media, following which the Delhi Police registered a case in connection with the matter on Monday.

Hundreds of people had attended the protest organised by 'Bharat Jodo Aandolan' at Jantar Mantar on Sunday.

Shipra Srivastava, media in-charge of Bharat Jodo Aandolan, had said the protest was held under the leadership of Upadhyay.

However, she denied any links to those who raised anti-Muslim slogans.

Upadhyay too denied any involvement in the anti-Muslim slogan shouting incident.

The video shows a group of people shouting inflammatory slogans and threatening Muslims during the protest at Jantar Mantar.(With PTI inputs)