A mob of over 100 people ran amock in a village in Rangpur district’s Pirganj Upazila in Bangladesh on Sunday night after tensions following an allegedly blasphemous social media post. 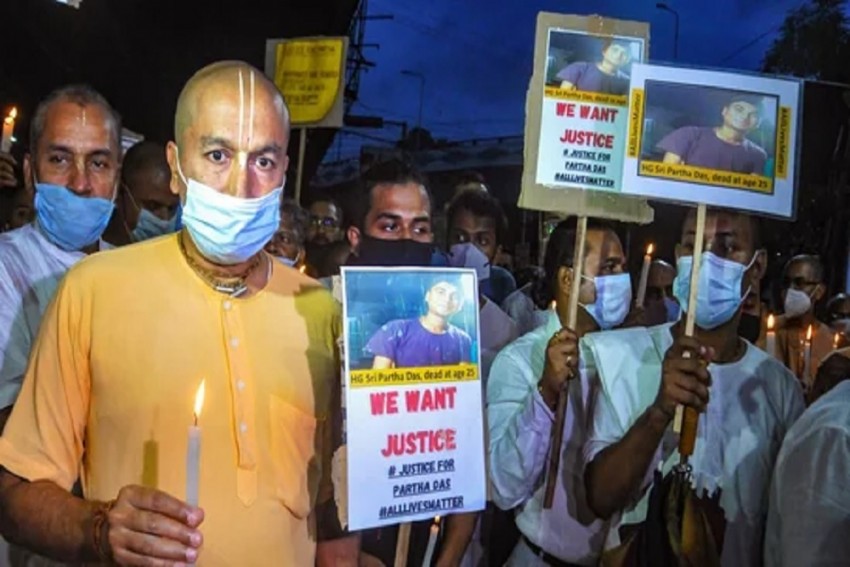 Over 60 houses were damaged and at least 20 homes of Hindus were torched in Bangladesh following incidents of temple vandalism amid Durga Puja last week. As per reports, a mob of over 100 people ran amock in a village in Rangpur district’s Pirganj Upazila. The attackers caused damage to property following an allegedly blasphemous social media post amid outrage over last week's incidents.

The incident occurred on Sunday night, about 255 km from the capital city of Dhaka.

What caused the violence?

According to reports, tensions in the area rose following a rumour that a young Hindu man of the village had ‘dishonoured religion’ in a Facebook post.

"The incident took place after 10 PM yesterday but firefighters doused the blaze within a short period (and) the situation is now under full control," Assistant Police Superintendent Mohammad Kamruzzaman said.

No casualties were reported but 66 houses were damaged and 20 burnt during the attack, the officer said.

As many as 52 suspects have been arrested while a manhunt was launched for more suspects under a “combing operation” in collaboration with other security forces, he added.

As the police stood guard around the man’s home, the attackers set fire to other homes nearby, the report said.

The Fire Service Control Room said that their report from the scene indicates that 29 residential houses, two kitchens, two barns and 20 haystacks belonging to 15 different owners were torched in Pirganj’s Majhipara, it said, adding that an ‘unruly crowd’ has been identified as the cause of fire.

The fire service received a report of the fire at 8:45 PM and finally put it out by 4:10 AM, the report said.

The arson incident occurred amid rising communal tensions over an alleged blasphemy incident at a Durga Puja venue in Cumilla which led to attacks on Hindu temples and clashes between vandals and the police in Cumilla, Chandpur, Chattogram, Cox’s Bazar, Bandarban, Moulvibazar, Gazipur, Chapainawabganj, Feni and other districts.

Dozens of people have been arrested over the attacks and the spread of communal hatred on social media, the report said.

Four assumed Muslim bigots were killed in Haziganj, the worst scene of the violence, on Wednesday and Thursday, while the body of a Hindu devotee was found at a pond in nearby Begumbanj of Noakhali district.

Muslim and Hindu protestors took to the streets at different areas of the country, including the capital Dhaka in the past several days.

The Bangladesh Hindu-Buddhist-Christial Unity Council said at least 70 puja pavilions and temples were attacked in the previous three days of violence. The council alleges that at least four Hindu devotees have died in the attacks in Chandpur and Noakhali.

Meanwhile, the elite anti-crime force Rapid Action Battalion (RAB) has arrested two more men in connection with the looting and vandalism of temples and shops belonging to the Hindu minority community in Feni, about 155 kms from here.

“They were arrested for their involvement in communal violence and inciting people on social media. They were handed over to the local police station,” said Imran Khan, assistant director of the paramilitary force’s Legal and Media Wing.

Earlier on Saturday, one person was arrested in connection with the attack which took place when the Feni Puja celebration committee and its supporters were preparing to protest against the communal violence in the country.

The assailants also vandalised and looted several temples and a number of shops owned by Hindus and torched vehicles. They clashed with the police for about seven hours.

On Sunday, two cases were filed against 400 unnamed people.

Meanwhile, on Monday, a group of Dhaka University students joined hands with protesting religious groups against the attacks on the temples, puja venues and homes of the Hindu community across Bangladesh, the report said.

The protesters called for the formation of a separate ministry to handle affairs related to minority groups.

On Thursday, Prime Minister Sheikh Hasina promised to bring to justice the culprits behind the violence, saying anyone involved in the attacks on Hindu temples and Durga Puja venues in Comilla will not be spared.

"The incidents in Comilla are being thoroughly investigated. Nobody will be spared. It doesn't matter which religion they belong to. They will be hunted down and punished," she said while exchanging greetings with the Hindu community members during an event at Dhakeshwari National Temple in Dhaka on the occasion of Durga Puja.

Hasina said that the attacks were part of a well-designed plot to destabilise the country.

The Durga Puja celebrations, considered to be the biggest festival of the minority Hindu community in Bangladesh, concluded without the traditional Bijoya Dashami procession.