Basant Rath: The Suspended J-K Cop On Whom Mahesh Bhatt Wishes To Make A Movie

IPS officer Basant Rath has been suspended for 'repeated instances of gross misconduct and misbehaviour', according to a order by the Home Ministry. 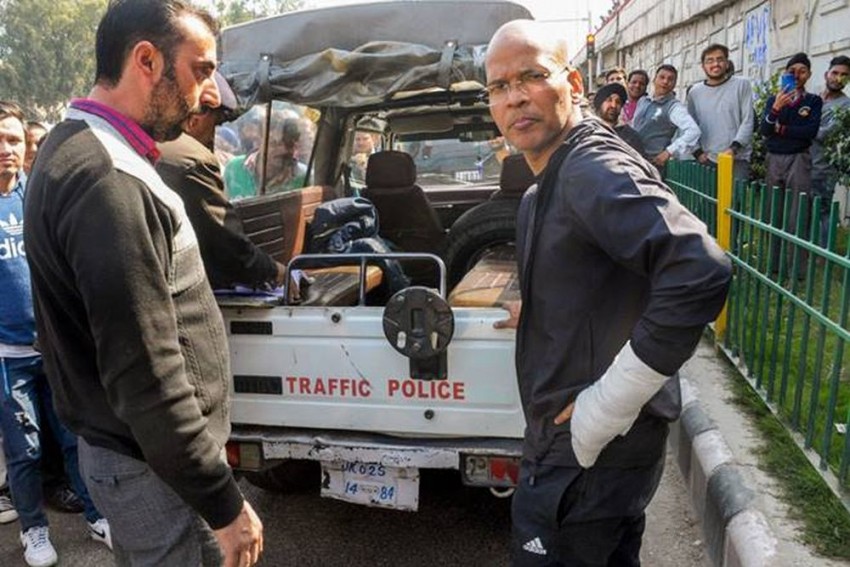 Top IPS officer Basant Kumar Rath, posted in Jammu and Kashmir, has been suspended for alleged instances of “gross misconduct and misbehaviour”, according to an order issued by the Home Ministry Wednesday. The order says a disciplinary proceeding against Rath is contemplated in connection with “repeated instances of gross misconduct and misbehaviour”, which has been brought to the notice of the government.

The order says during this period, the officer would be paid subsistence allowance and dearness allowance only on production of certificate that he has not indulged in any other employment, business, profession or vocation. Rath was serving as IGP Home Guards in J&K.

Incidentally on June 17, filmmaker Mahesh Bhatt tweeted that someday he wishes to make a film on the life of enigmatic poet, police officer Basant Rath. Bhatt had posted a picture of Rath in civvies sitting with a child.

Earlier this month, when filmmaker Pooja Bhatt wished Rath on Twitter, the top cop had tweeted, “Direct a movie for me once I'm done with the script. In the name of Zakhm, Tamanna and Dal Lake.”  He posted his picture with Pooja Bhatt on the banks of Dal Lake taken in July 2019. 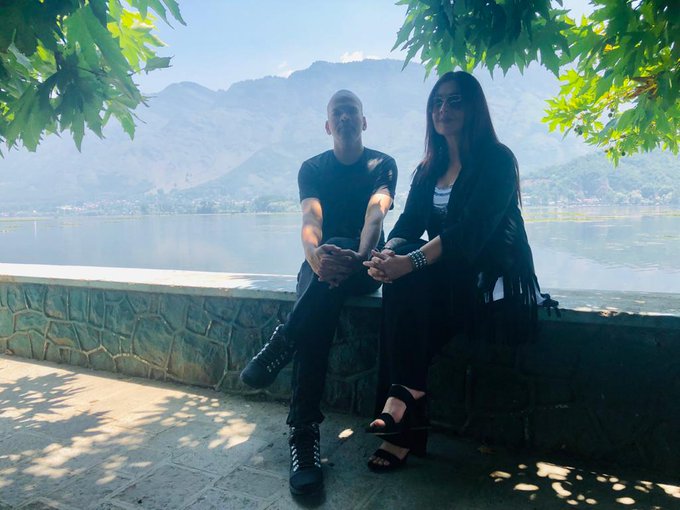 Rath has taken to poetry of poet-philosopher Dr. Sir Mohammad Iqbal and distribution of free books among students appearing for competitive exams after his suspension. Most of his tweets are about Iqbal’s poetry, distribution of books and taking pot shots at his adversaries. So far Rath and his fellow officers have distributed thousands of books among students. Soon after his suspension, “#WeStandWithBasantRath” started trending on Twitter.

The controversy began on June 25 when Rath filed a written police complaint against his own boss, Jammu and Kashmir Director General of Police (DGP) Dilbag Singh, alleging that the top cop “posed a threat to his safety, reputation, life and liberty”.

The complaint has its roots in social media when on June 12 Rath made a sarcastic comment to a Twitter user called Dilbagh Singh. The user had posted a critical tweet on Rath’s initiative to distribute free books to needy students across Jammu and Kashmir for the past few years.

“Hi Dilbag Singh. Can I call you Dilloo? Are you the one who owns 50 kanals of land in Sarore near the dental college? Is it registered in your name?” Rath wrote in a tweet.

Singh reacted to Rath’s tweet on a WhatsApp group called ‘Kashmir Firstpost’, run by a senior journalist. “Shame on this IPS officer who has risen to become IG and is dumped again without any work, because every time he is given a responsibility, he proves to be a joker and useless. I challenge him to prove an inch of land or property or any business worth a penny in my name or my family or in anyone else’s name on my behalf. Or let’s take him to task,” Singh wrote.  Now Rath has taken on Kashmir Firstpost also.

Born in 1972 in a village in coastal Odisha, Rath studied Sociology at Jawaharlal Nehru University. A 2000-cadre Indian Police Service (IPS) officer engages with people through his Twitter handle @Kangricarrier. Kangri is a Kashmir firepot which keeps people warm during the severe winter.

Rath has a huge fan base in Jammu and Kashmir owin to his unique workstyle.

Once IPS officer Danesh Rana, himself an author, posted on Facebook: "Cyclones often hit Orissa. J&K has been hit by a cyclone called Basant Rath. Cyclones uproot trees. Basant Rath is planting the seeds of traffic management and discipline and fear of law. I have handled traffic as SSP and DIG, but could not bring a revolution. (Doff my hat to Basant Rath. Kudos!) Love you tiger.''

After joining the IGP traffic in 2018, he won a lot of admirers in Srinagar and Jammu for streamlining the traffic.

He often refers to Polish poet Maria Wislawa. Owing to his love for Srinagar, Rath’s first poetry collection is titled “Own Me Srinagar”.