“I am saddened but not surprised to be at the receiving end of such baseless and vexatious allegations being levelled against me,” Sachin Pilot said in a statement. 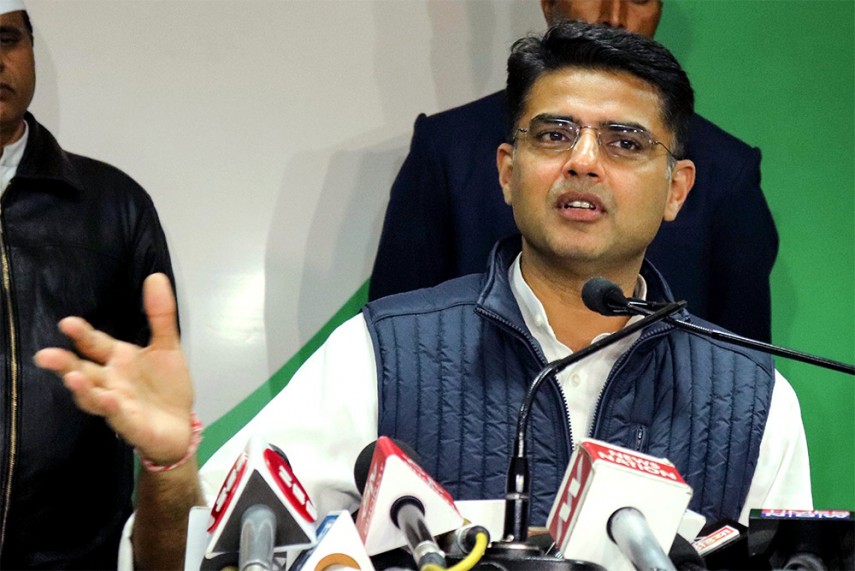 Rebel Congress leader Sachin Pilot dismissed Monday as “baseless and vexatious” the allegations by a party MLA from Rajasthan that the former deputy chief minister had offered him money to join the BJP, and asserted that it was an attempt to stifle the "legitimate concerns" that he has raised against the party leadership in the state.

Pilot said he will be taking “appropriate and strictest possible legal action” against the MLA who “was made to” level these accusations.

“I am saddened but not surprised to be at the receiving end of such baseless and vexatious allegations being levelled against me,” Pilot said in a statement.

“This is done solely to malign me and to stifle the legitimate concerns that I had raised against the party leadership of the state, as a member and MLA of INC,” he said.

Congress MLA from Rajasthan Giriraj Singh Malinga has alleged that Pilot had offered him Rs 35 crore before the Rajya Sabha polls to switch to the BJP. Malinga also claimed efforts were on to topple the Rajasthan government since December last year.