The prolonged farmers’ agitation, ongoing since November last, may turn into yet another headache for Punjab chief minister Captain Amarinder Singh. 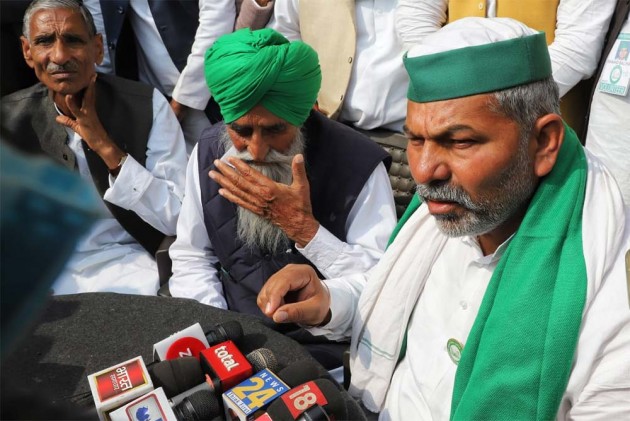 The scores of farmers still sitting in protest at Delhi’s borders and the deep resentment within the larger peasant community, particularly in north India, against the Centre’s controversial farm laws had given the Congress party hope of retaining power in the predominantly agrarian state of Punjab when it goes to polls early next year. Now, even as the Congress party continues to struggle for an amicable resolution among its warring factions in Punjab, the prolonged farmers’ agitation, ongoing since November last, may turn into yet another headache for chief minister Captain Amarinder Singh.

With the BJP-led central government refusing the yielding to the agitating farmers’ demand for complete repeal of the three contentious laws, there have, over the past few days, been stray voices from among the protestors for peasant leaders to jump into the poll fray in Punjab or at least back independent candidates from the farming community. Bhartiya Kisan Union leader Gurnam Singh Chaduni had recently issued a video statement saying, “the BJP and the Congress have not been able to change the system… If we have to change the system, then we will have to formulate a plan. And that plan should be ‘Mission Punjab.” Chaduni also exhorted his colleagues in the peasant agitation to consider if farmer leaders should contest the Punjab assembly polls. Chaduni, who belongs to Haryana, then went on to lead a massive car rally of farmers from Punjab’s Gurdaspur to Delhi’s Singhu border and reiterated his call for farmer leaders to jump into the poll fray.

For now, Chaduni’s appears to be a lone voice urging his comrades to take the electoral route to address their grievances against a system that, in his view, “works only for three percent of the people (industrialists and big businesses)” while ignoring the needs of the proletariat. Rakesh Tikait, Chaduni’s BKU comrade and the face of the farmer agitation, has dismissed talk of farmer unions and their leaders taking the poll plunge when Punjab goes for elections along with other states like Uttar Pradesh, Uttarakhand, Manipur and Goa. “No one here nurtures such ambition (of contesting elections),” Tikait told Outlook. However, Chaduni’s comments have forced Congress leaders in Punjab, as also other protesting farmers to jump up and take notice.

Former Union minister and Congress leader from Punjab, Ashwani Kumar tells Outlook, “the entire nation has joined cause with the agitating farmers and shares their sense of being wronged by the BJP… it is up to the farmer unions and their leaders to decide whether an organic and apolitical protest would serve their interest better or if they indeed need to contest polls for this purpose.” Kumar adds, “I feel that getting conscripted into a political outfit or an existing party may harm farmers’ interests because they have maintained all along that they have no political ambitions and are only fighting for their rights.”

Congress sources say that the Punjab CM had pre-empted the possibility of farmer unions getting uneasy due to an indefinite apolitical protest and emerging as a political force that could electorally damage the prospects of his party. It is for this reason, say sources close to the CM, that he had refrained from unequivocally endorsing former Congress president’s ‘fight to the finish’ rhetoric over the farm protests and urged the Centre to resume talks with the agitating farmers after these were disbanded earlier this year. In an interview to Outlook in March, Singh had said, “dialogue is the only way out, and unfortunately, that dialogue is not happening. It stopped after 11 rounds of talks… I would like to urge both sides to get back to the discussion table. At the same time, I appeal to the central government to accept the farmers’ demand for repeal of the laws and bring fresh legislations after due discussion with the farmers and other stakeholders.”

A Punjab Congress veteran tells Outlook that though the prospect of farm unions fielding candidates or backing some independents will “mainly harm the Shiromani Akali Dal in all three regions of the state (Malwa, Majha and Doaba) as the Akalis were in alliance with BJP when the farm laws were first brought in as ordinances and the Akalis have primarily been a peasants party”, the likelihood of such a development damaging the Congress “can’t be ruled out”. Another party leader agreed and added, “there are constituencies, particularly in rural Punjab, where the farmers are unhappy with our government due to various reasons… even if their anger against the BJP or the Akalis is far more than against the Congress, if they have a good candidate from their farming community who is covertly endorsed by the unions, our chances of victory will be hurt.”

In rural and agrarian pockets of Punjab, the anger against the Amarinder government is presently on the rise due to long power outages, inflated electricity bills and water shortage. Congress sources believe that these are “seasonal issues” that will “resolve on their own once the monsoon picks momentum” in Punjab and the reservoirs begin to fill up. However, they also caution that a poor monsoon coupled with the Opposition’s deafening blitzkrieg against the Amarinder government on these issues may steer the election away from the Congress if the farmer leaders indeed jump into the poll fray. A section of Congress leaders also says that it would be worth following how the AAP encashes the resentment among farmers against Congress as well as the SAD and the BJP. “The AAP has so far focused only on the 69 seats of the Malwa region but it may also begin wooing voters from the Majha and Doaba regions closer to the polls… along with their populist promises of free electricity, etc. if the AAP actively engages with the farming community, the damage to the Congress can be substantial,” says a Congress legislator.

Though Tikait told Outlook that the farmer unions have no plan of entering the poll fray, he did leave the question of peasant leaders branching out as independent candidates open-ended. Tikait said any farmer who is part of the agitation and wishes to contest the forthcoming state assembly elections can do so as an individual. “Such a person will need to contest as an independent or as representative of a political party; not as a union leader,” he said. Another powerful voice among the protesting farmers, Hannan Mollah, general secretary, All India Kisan Sabha (AIKS), has also rejected talk of farmer union fielding candidates or overtly backing those of any particular political party. An eight-term former MP himself, Mollah has said that the SKM’s slogan during the recently concluded Assembly polls in Bengal was ‘Punish BJP, Defeat BJP’ and it will be the same in the polls due next year. While this may be music to the ears of Amarinder Singh and his Congress colleagues presently, can they afford to ignore the possibility of facing independent farmer leaders as poll rivals?