Be Wary Of 'Selfish' Elements Who Are Misleading Farmers For Their 'Ulterior interests': CM Yogi Adityanath

Yogi Adityanath said that the government has come to the centre after 70 years of independence that is dedicated towards the upliftment of farmers and providing them with double income. 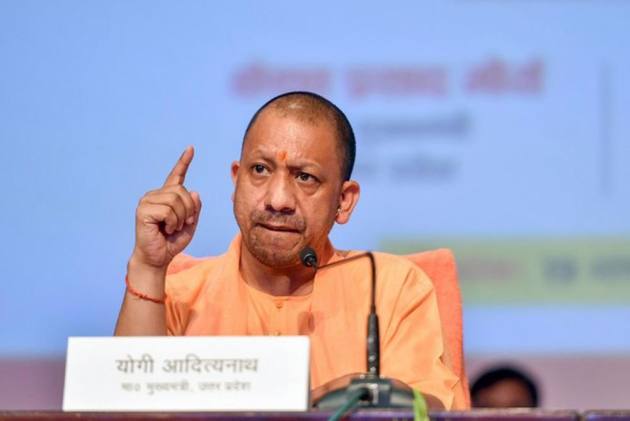 Uttar Pradesh CM Yogi Adityanath said that some people are misleading farmers for their "ulterior interests" and asked them to be wary of such "selfish" elements.

The Chief Minister said that a government has come to the centre after 70 years of independence that is dedicated towards the upliftment of farmers and providing them with double income.

During his interaction with farmers at a conference in Gorakhpur, Adityanath asked them to be wary of "vested and selfish elements" who always mislead farmers and use them for their "ulterior interests".

"These are the same people who while in power did not do anything for the welfare of farmers", he said without naming any political party or person.

"Such elements used them (farmers) to make their own fortune and allowed farming communities to languish in penury and debt," he said while addressing the conference organised under the Mission Kisan Kalyan.

Adityanath apprised the conference of the work done by the Modi government at the Centre, and the BJP government in the state in the interest of farmers.

He said that those who misled farmers have always been habitual liars."These people have spread a lie that farmland will be grabbed under contract farming, while Prime Minister Narendra Modi has already made it clear that contract farming is just another option, not an obligation and farmers have all the freedom to sell their produce anywhere to earn more profit from the market," Adityanath said referring to the new farm laws.

He also sought to allay fears that mandis will be closed. "Not a single mandi was closed since June 2020, when the farm bills were brought, but a deliberate misinformation campaign was run to misguide farmers," Adityanath said.

Farmers, mostly from Haryana, Punjab, and Uttar Pradesh, have been protesting at Delhi''s borders since November 28 last year demanding rollback of the laws.

They are protesting against the Farmers'' Produce Trade and Commerce (Promotion and Facilitation) Act, 2020, the Farmers (Empowerment and Protection) Agreement on Price Assurance and Farm Services Act, 2020 and the Essential Commodities (Amendment) Act, 2020.

The three farm laws, enacted in September last year, have been projected by the government as major reforms in the agriculture sector that will remove middlemen and allow farmers to sell anywhere in the country.

However, the protesting farmers have expressed apprehension that the new laws would pave the way for eliminating the safety cushion of MSP and do away with the mandis, leaving them at the mercy of big corporates. The Centre has repeatedly asserted that these mechanisms will remain.