West Bengal Assembly Election 2021: Nandigram remained highly tense on Thursday as it went to polls along with 29 other constituencies in the second phase of polling 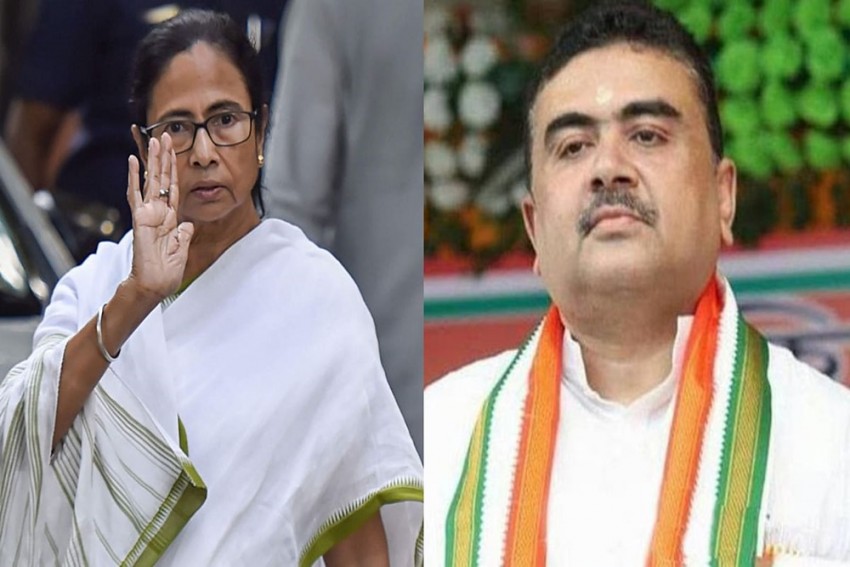 "The TMC could not put up agents in about 70 booths. She knows the battle is lost," Adhikari added.

"We will lodge formal complaints. I have since morning received 63 complaints (of unfair practices). We will take the legal course required. The central forces are being guided by the Union home ministry for play a partial role," Mamata alleged.

"Issues flagged @MamataOfficial a while ago on phone have been imparted to the concerned. There is full assurance of the concerned to adherence to rule of law. Am confident all will act in right spirit and earnestness so that democracy flourishes," governor Dhankhar wrote on Twitter.

Issues flagged @MamataOfficial a while ago on phone have been imparted to the concerned.

There is full assurance of the concerned to adherence to rule of law.

Am confident all will act in right spirit and earnestness so that democracy flourishes.

Nandigram remained highly tense on the day of the second phase polling on Thursday, as the constituency went to the polls along with 29 other constituencies.

Anticipating trouble, the Election Commission of India (ECI) had clamped section 144 of the CrPC in Nandigram area but reports of trouble started pouring in from Thursday morning, with the TMC alleging that the BJP was threatening TMC supporters and polling agents in several booths.

However, tension reached its peak at booth number 7 of Boyal-1 gram panchayat, where the TMC's polling agent was allegedly driven out of the area by local BJP workers. Later, central forces went to his residence to take him to the booth but his mother was seen on TV channels saying, with folded hands, to let his son not get involved in the elections because she feared political revenge in the aftermath of the elections.

In the afternoon, Mamata Banerjee herself went to the booth to see what was happening but she got stranded there for more than an hour as BJP supporters chanting Jai Shri Ram had occupied the road through which she had to return.

With her presence, TMC supporters too gathered in large numbers. Despite the deployment of a large number of central paramilitary forces at the village, the situation did not come under control till 3pm.

The CPI(M)'s Nandigram candidate, Meenakshi Mukherjee, however, said that they managed to appoint polling agents in all booths. Nandigram has 355 polling booths.

Reports of trouble came from some parts of the Keshpur Assembly constituency, too.

However, polling was largely peaceful in most other constituencies.

These 30 seats polling in the second phase are spread across the districts of East Midnapore, West Midnapore, Bankura and South 24-Parganas.

Of these 30 seats, the TMC in the 2016 Assembly elections won 23, while the Left won four and three elected Congress candidates. Going by the trends of the 2019 Lok Sabha elections, the TMC was leading in 18 and the BJP in 12.

However, of these 18 seats where the TMC led in the Lok Sabha elections, nine are in the East Midnapore district where the TMC's main force, the Adhikary family comprising Suvendu and his two Lok Sabha MP family members, switched over to the BJP since December 2020.

This has left all seats in the East Midnapore district looking edgy, with local residents looking unsure of the electoral prospect of either side.

The seats in South 24-Parganas are in the Sunderbans region, where Prime Minister Narendra Modi addressed a rally on Thursday.