Born as Gloria Jean Watkins, she took her pen name as bell hooks and insisted on writing her name in lower case letters to emphasize, 'the substance of books' and not her. 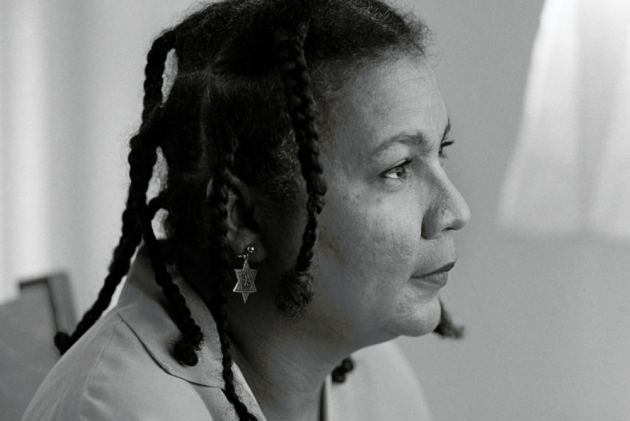 bell hooks, undoubtedly the most influential mind in contemporary times, is a name not so familiar in India, but in the feminist world of struggle and academia, she is considered as one who gave path-breaking trope to feminist discourse. She passed away on Dec. 15, 2021, at the age of 69, leaving behind her oeuvres that certainly would enrich and clarify the political nuances present within the feminist theory and practice. She forcefully spoke publicly, that which was hitherto spoken in private, the conditions of black women and their visible inequalities – sort of enmeshing race and class categories – and envisioned a good society with dignity for all.

She resisted the title ‘public intellectual’, though she became one, and used to follow jargon-free-flowing writing style.

hooks began her education in the segregated schools in Christian county, completed her Master’s at the University of Wisconsin and her doctorate in literature at the University of California at Santa Cruz. She worked as a professor at Yale, Oberlin, and the University of California, Santa Cruz. She published almost 40 books encompassing a wide range of subjects such as literary criticisms, children’s fiction, memoirs, poetry, education, capitalism, American history, and, in between, wrote passionately on love and friendship. She established bell hooks institute at Berea College to focus on, what she described as, the “imperialist-white-supremacist-capitalist-patriarchy” power structures. The multi-hyphenated term, for her, represented the intersectionality that one needs to understand while explaining the much more complex category called interlocking oppressions. She remained, nevertheless, essentially focused on the sliding of race identity into class identity. The slippage of the signifier and the signified between ‘black woman’ and ‘poor-black woman’ endures the zeitgeist of her opuses. Ain’t I a Woman?: Black Women and Feminism, written as her first major work in 1981, raised several questions on marginalisation and subjugation of black women and intervened, to include the experiences of black and working-class women, in the civil rights and women’s liberation movements. She pitched into the feminist debate as an insider, from within, and sharpened the existing faultlines for contemporary feminists to take political positions.

Debates ‘within’ and ‘about’ feminism.

The second wave of feminism, unlike the first that dealt largely with ‘what is feminism and feminist theory?’, gave attention to ‘internal’ debates in feminism, so to say, on debates ‘within’ and ‘about’ feminism. The feminists, in the 1980s and 1990s, explored deeper into the assertions that all women are victims of oppression and should be equal to men to gather the crucial differences within – race/caste/ethnicity/class – and to contest the straightforward stereotypical notion of a shared set of ideas and values. hooks wasn’t comfortable with the slipshod account of feminist’s content – the shared meaning for feminism as a ‘collectivist generalised agenda’ – rather, building her thesis on difference and equality, she asked to reject ‘anything goes approach’ and focus on ‘particular set of ideas’. For hooks, feminism is not for any and every woman who regardless of her political position wants equal rights as men. In fact, she is choosy about the term feminism as it involves political commitment.

In Feminist Theory: From Margin to Centre, she says “…I say the minute you begin to oppose patriarchy, you’re progressive. If our real agenda is altering patriarchy and sexist oppression, we are talking about a revolutionary movement.” For hooks, therefore, feminism is a distinct political perspective, with distinct shared political agenda than a mere ecumenical politics. She was deeply antagonistic to the capitalist economy and toyed much with the idea of sexual oppression predating or postdating class power that gets predicated on to the capitalist patriarchy subversions.

hooks stoutly raised the issue of invisibilisation of the marginalised black woman, particularly black working women. Her efforts led to the recognition of the differences related with marginalised racial/ethnic communities and the rejection of the presumption that women share a common identity based in a shared experience of oppression. White, western-middle class women as ‘the custodian of feminism’ and as the norm for what constitutes ‘woman’, got a severe drubbing when hooks alarmed about the white-feminists complicity in exacerbating racism and ethnocentricism. In Black Looks: Race and Representation hooks disparages white-feminism for their perception of the pop-icon Madonna as subversive and suggests that “Madonna’s projection of sexual agency is scarcely of use to black woman of United States who may wish to refuse their representation as being sexually available.” However, hooks was among those writers who envisioned the conception of feminism as a coalition – that which is based on the principle of solidarity, on the ideas of political community, and usually on specific problems in some long term sense. In an essay ‘Sisterhood: political solidarity between women’, she writes:

…..abandoning the idea of sisterhood as an expression of political solidarity weakens and diminishes the feminist movement…..There can be no mass-based feminist movement to end sexist oppression without a united front….Women are enriched when we bond with one another ….We can bond on the basis of our political commitment to a feminist movement.

To enrich feminist movement anywhere, including India, there is much to learn from hooks monumental works.

(Tanvir Aeijaz The author teaches public policy and politics at the University of Delhi and is an honorary Professor Extraordinary at Stellenbosch University, South Africa. Views in this article are personal to the author and may not necessarily reflect the views of Outlook Magazine)