Bengal Assembly Bypolls: TMC Leads In All 4, Including 2 Held By BJP

Bengal Assembly Bypolls: While the TMC’s victories in Gosaba and Khardah were expected, their massive leads in Gosaba and Dinhata were far from anyone’s expectations. 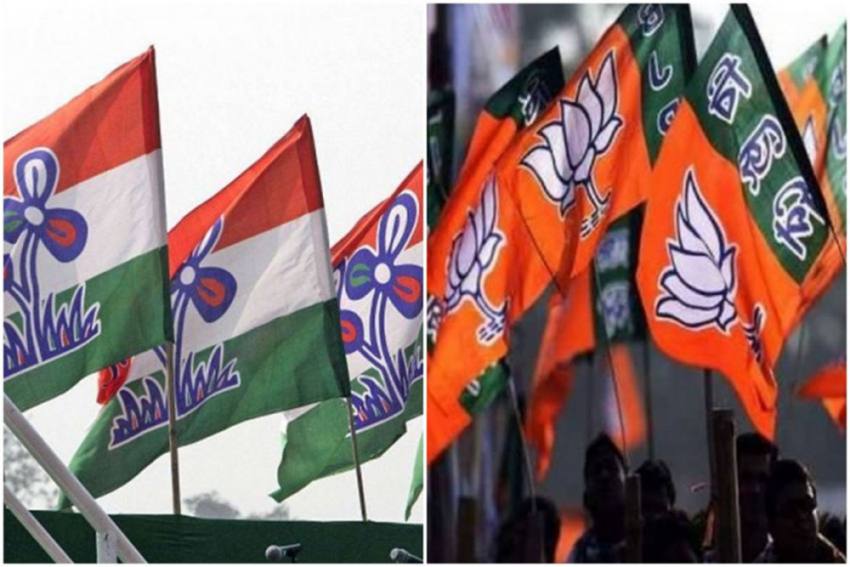 West Bengal’s ruling Trinamool Congress is leading in the assembly bypoll in four seats, looking on the verge of wresting two seats that the Bharatiya Janata Party (BJP) won in the March-April general elections.

Of the four seats where the bypolls were held on October 30, the TMC had won Gosaba and Khardah in the general elections and the BJP had won Dinhata and Santipur. The bypolls were necessitated by the death of the TMC winners and the resignation of the BJP’s winners, with the latter also being sitting Lok Sabha MPs who wanted to retain their parliament membership.

As of 11 am on Tuesday, in Gosaba, part of the Sundarbans region, the TMC was leading by a margin of over 1 lakh votes after 12 rounds of counting, with another four rounds left. The party’s Jayanta Naskar had won Gosaba by a margin of 23,619 votes in the assembly general election.

In Dinhata, where counting will be held in 19 rounds, the TMC’s Udayan Guha, who lost in the general election six months ago by only 57 votes to the BJP’s Cooch Behar MP Nisith Pramanik, was leading by over 91,000 votes over the BJP’s Ashok Mandal after the completion of 11 rounds of counting.

Santipur, which the BJP’s Ranaghat MP Jagannath Sarkar won by 15,878 votes in the assembly general election, too, looked set to go out of the BJP’s grip. The TMC was leading by over 15,000 votes after six of the 17 rounds of counting.

In Khardah, state power minister Sobhandeb Chattopadhyay was leading by about 28,000 votes after the end of six rounds of counting, with another 10 rounds left.

A third-term minister in Banerjee’s cabinet, Chattopadhyay was the first Trinamool Congress MLA in 1998 when, soon after the formation of the party, he resigned from being an Congress MLA, contested bypoll on the ticket of the newborn party, and won.

The TMC won all three seats that went to the polls on September 30, including Bhawanipur byelection and deferred elections in Jangipur and Samserganj.