This huge number of certificates were issued following a flood of applications triggered by the Bengal CM's scheme for monthly financial assistance to female heads of families, named Lakshmir Bhandar. 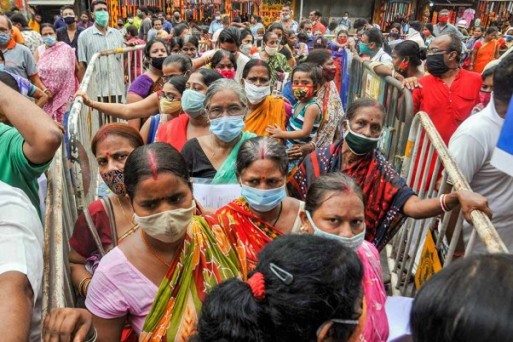 The West Bengal backward classes welfare department has issued a record number of 8.5 lakh caste certificates to women since the beginning of August, a senior official of the department said.

This huge number of certificates were issued following a flood of applications triggered by the chief minister’s scheme for monthly financial assistance to female heads of families, named Lakshmir Bhandar.

According to this scheme, women from the general category are to get Rs 500 per month from the government, while women from the Scheduled Caste (SC), Scheduled Tribe (ST) and Other Backward Classes (OBC) are entitled to a monthly payment of Rs 1,000.

“Earlier, it was mostly men who used to apply for caste certificates. Many women from ST, SC and OBC families never applied for the certificate. Now that these women would get Rs 500 additionally per month if they had the certificate, there has been a flood of applications,” said a senior official of the department.

Most of these applications were made at the government’s Duarey Sarkar, or ‘government at your doorstep’ campaign in which government staff are holding camp offices at various localities to receive application for enrollment under various schemes of the government.

Of all the schemes, Lakshmir Bhandar has been the biggest hit, with more than 1.2 crore applications received since August 16, when the month-long second-phase of Duare Sarkar started.

Ahead of the assembly elections, during the first phase of Duarey Sarkar, the government had launched the universal health insurance scheme, named Swasthya Sathi, in which the cards are issues in the name of the female head of the family who can also include her parents under the scheme apart from husband, children and father and mother in-laws.

As Banerjee returned to power for a third consecutive term, political pundits attributed her resounding victory largely to the support she garnered from the women for various schemes, especially Swastha Sathi.

It is probably in her expression of gratitude to the women of Bengal that she announced this direct cash benefit scheme for women. It was even a bigger hit than Swasthya Sathi, receiving 12.3 lakh applications for registration on the inaugural day of the Duarey Sarkar second phase.

Of the 8.5 lakh applications for caste certificate, more than 5 lakh were received at the camp offices and the rest online.

During the Duarey Sarkar camps, long queues of women for enrollment under the Lakshmir Bhandar scheme often led to scuffles, crowding and violation of social distancing norms, and even some stampede-like situations. At some places, a few women even fell ill while standing in queues for long hours.

While chief minister Mamata Banerjee had cited this huge public enthusiasm over the Duarey Sarkar camps and the Lakshmir Bhandar scheme as a success of the schemes, the BJP’s state unit president Dilip Ghosh said that the crowding over the conduction of such camps amidst a pandemic situation stood as a proof that there was no rule of law in West Bengal.