Bengal CPI(M) May Suspend Member For Writing In TMC Mouthpiece 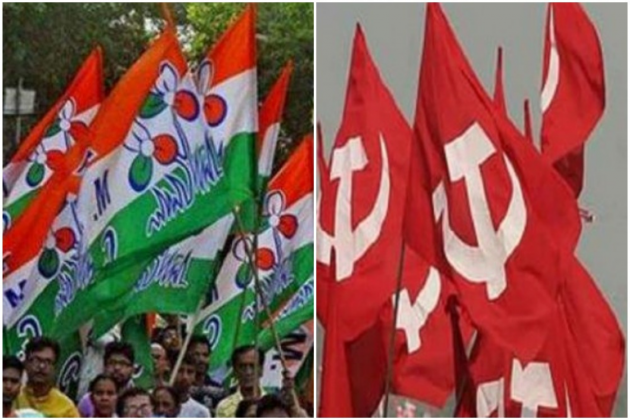 The CPI(M)’s Bengal unit is likely to suspend Ajanta Biswas, daughter of the late state secretary Anil Biswas, from the primary membership of the party, for writing an article in the Trinamool Congress (TMC)’s mouthpiece, Jago Bangla.

A member of the district committee said that its members are almost unanimously agreed on the decision of suspension but the period of it will be discussed and finalised during the meeting on July 21. She is unlikely to be suspended for less than a month.

Jago Bangla, the mouthpiece of Mamata Banerjee’s party, turned from a weekly to a daily on July 21, the day when the party holds its annual flagship event in commemoration of the death of 13 youth Congress workers in police firing in 1993.

Soon after, a two-part article by Biswas appeared in the daily. While the article dealt with the role of women power in Bengal’s politics, including the pre-Independence and post-Independence periods, Biswas also wrote about Mamata Banerjee, considering her rise to be a notable development.

Biswas also praised how Banerjee carved out her own place in the political space which has been dominated by men and also highlighted her role in the mass movements of Singur and Nandigram, where movements against the CPI(M)-led government’s land acquisition policies during 2006-2008 had propelled Banerjee to power in 2011.

This irked the CPI(M) Bengal leadership, which thought Biswas should have sought the party’s permission before agreeing to write it for Jago Bangla, and had show-caused her seeking an explanation for her act. The show-cause notice was served by the area committee concerned and Biswas also submitted her response.

However, the party leadership was not happy with her response, in which Biswas reportedly said that she apologised if she had hurt anyone’s sentiments ‘unintentionally’.

Biswas had not been much active in politics since her student days at the Presidency College (now University) and Calcutta University, but retained her party membership.

The decision to act against her for writing an article holds political significance, as the CPI(M) is of late trying to step up its rhetoric against the BJP, but at the same time the party does not want to be seen as having softened its position against the TMC.

Recently, the CPI(M) general secretary Sitaram Yechuri said in Kolkata that while the party was ready to join hands with all secular-democratic forces against the Narendra Modi government at the Centre – including the TMC – the party will continue to oppose the TMC’s undemocratic rule and bad policies in Bengal.