The selective arrests have political vendetta written all over them, and the BJP - squarely defeated in the state elections - is coming across as a sore loser. 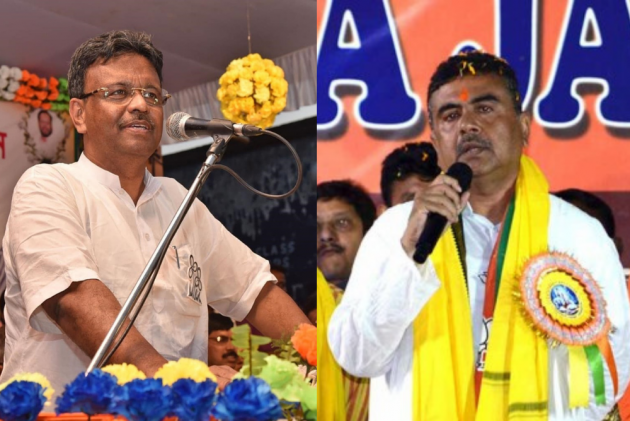 Unlike West Bengal chief minister Mamata Banerjee and her unruly supporters who vociferously protested the arrests of four West Bengal politicians – two ministers and an MLA included – by the CBI on Monday, I have had no problems in seeing the leaders being taken into custody. For that matter, I was a bit relieved to see their brief discomfiture before they were hastily let off on bail. That the law finally managed to catch up with the leaders some five years after they were captured on tape accepting wads of currency notes in ostensible bribes should somewhat rescue our faith in our justice system from vanishing entirely. The latest developments could encourage us to hope that justice delayed is after all not justice denied.

Yet, the manner justice is being sought to be dispensed in Bengal is denting our confidence in the system. The arrests are grotesquely selective and seem to particularly target one political party, in this case the Trinamool Congress. And it also does appear that the party is being tormented by the CBI, famously described as the caged parrot, at the behest of the BJP that is smarting under an embarrassing defeat in the just concluded state polls.

To cut a long story short, nearly a dozen influential politicians and a senior policeman were caught accepting cash on tape by a journalist masquerading as a businessman in what has come to be known as the Narada sting. They all belonged to the Trinamool then and ought to have been investigated vigorously and booked without delay. But these were influential men and Mamata, the street-smart politician she is, understood their worth. She defended all of them steadfastly while investigations into the case ebbed and flowed. All the while, the tainted politicians flourished, getting re-elected as ministers and MLAs. And as it always happens in politics, some of them fell out with Mamata, deserting her to join the BJP which they thought would provide them with greener pastures.

And the crisis in our confidence in the system stems from this: those who continue to be on the side of Mamata and those who are now with the BJP are being dealt with differently. Those arrested on Monday, including ministers Firhad Hakim and Subrata Mukherjee, were caught on tape accepting Rs 5 lakh each. But then so was Suvendu Adhikari, once Mamata’s trusted aide and now BJP’s favourite who successfully contested and defeated the chief minister in the high-voltage faceoff in Nandigram.

For that matter, Mathew Samuel, the journalist who carried out the sting, has reiterated that he had given Rs 15 lakh to Mukul Roy via an intermediary, recordings of which are now part of the investigations. Strangely though, Roy remains scot free and has been at the forefront of BJP’s political offensive in Bengal as one its most sought-after leaders. No less significant is the arrest of Sovan Chatterjee, Kolkata’s former mayor and once Mamata’s closest confidant. Chatterjee ditched Mamata and went over to the BJP to secure his future. However, he failed to secure a ticket of his choice for the Assembly polls and fell out with the saffron party again. It cost him dearly now with the CBI picking him up in the early morning raid.

The selective arrests therefore have political vendetta written all over them, and the BJP - squarely defeated in the state elections - is coming across as a sore loser. Having lost the battle of the ballots, it has now launched a high-decibel campaign to smear Mamata with whatever they can.

First, the BJP went to town, accusing the victorious Trinamool of unleashing catastrophic violence on its cadres. There is no denying that there was violence following the bitterly contested elections marked by unfathomable hostility. But the BJP reaction to the bloodshed that also claimed lives of Trinamool activists was well coordinated and choreographed. A nationwide campaign was initiated against what they dubbed as Mamata’s campaign of terror while its leaders across the country staged symbolic dharnas. Its fabled troll army contributed in great measure to the cacophony, dishing out fake and forged videos of violence from faraway places as those happening in Bengal.  As claims and counter claims vitiated the situation further, the BJP ducked its own responsibility in heightening tensions, ignoring persistent public speeches by its own state chief Dilip Ghosh calling for vendetta and revenge post elections.

Post-poll events suggest that the BJP will not allow Mamata any leisurely moment to savour her stupendous victory that secured her a third term in office. An adversarial governor is touring the state and tweeting his deep displeasure with Mamata’s reported inability to secure law and order. The tweets are coming so thick and fast that there is growing speculation as to whether they are prelude to an imposition of President’s rule in the state. The talk, though far-fetched, is a subject matter of serious discussions on local TV channels.

The elections, done and dusted, have failed to end Bengal’s political turmoil. In fact, it has entered a more tumultuous phase with the Centre pulling out all the stops to queer victorious Mamata’s pitch. On the pretext of poor security situation and the worrisome post-poll violence, it has in an unprecedented measure ordered central security for BJP’s 75 legislators. Central security forces for BJP legislators while other MLAs are the responsibility of state police is terrible politics and a bad precedent for federalism. The Bengal polls have clearly failed to end the political slugfest. Rather, it has set the stage for more fireworks. Imagine central security forces and the state police in a standoff in a state that is being so viciously fought over with no end in sight.