Bengal Polls: Didi, You Are In Pain, But What About The Pain Of The Kin Of Slain BJP Workers? Asks Amit Shah

Referring to the political violence in the state, Amit Shah reminded Mamata Banerjee of the pain of families of BJP workers killed in TMC's rule. 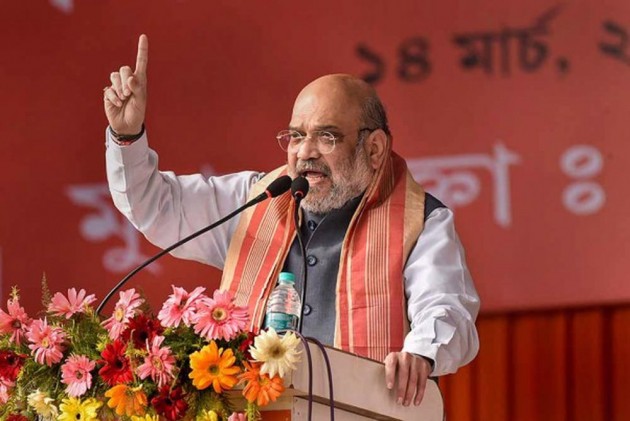 Addressing a rally at Ranibandh in the Bankura district, Shah promised that if the BJP is voted to power in West Bengal, it will implement the seventh pay commission for the state government employees.

Referring to the political violence in the state, Shah said, "Mamata Banerjee got hurt recently and is in pain, but what about the pain of families of BJP workers killed in TMC's rule?" He also wished Mamata a speedy recovery.

BJP Has To Fulfil Its Long-Cherished Mission Of Winning West Bengal: Dilip Ghosh

"Didi (Banerjee), when you got hurt in your leg, you felt pain. I wish you a speedy recovery. But, what about the pain of the mothers of 130 BJP activists who were killed by TMC goons. Did you ever try to feel their pain?" he said.

"You never felt the pain of these people. They will give you a befitting reply while casting their votes in the assembly polls," he added.

Shah said that if the BJP is voted to power in the state, it will ensure that the rights of the tribals are secured.

"TMC seeks cut money even for a tribal certificate. We will ensure the land rights of the tribals. The special focus will be on education, health and drinking water for the tribals in the area. We will also mention it in our manifesto," he said.

Bankura district, in the western part of the state, has a significant tribal population, crucial to any party's electoral success.

Earlier in the day, Shah was scheduled to address a rally in the Jhargarm district but gave a brief speech virtually.

The BJP leader said that he couldn't attend the rally due to technical glitches in his helicopter.