In a letter to West Bengal Chief Secretary, Union Home Secretary said stricter enforcement of lockdown was necessary and the problems have arisen due to lack of quarantine facilities in the state. 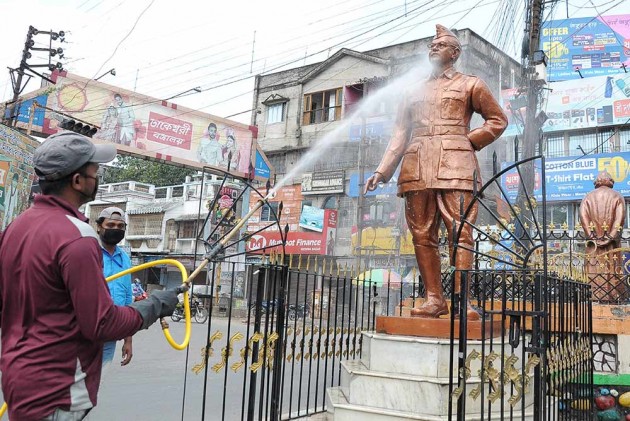 The Centre on Wednesday said the COVID-19 response in West Bengal is characterised by a very low rate of testing and high mortality, coupled with instances of lockdown violations.

In a two-page letter to West Bengal Chief Secretary Rajiva Sinha, Union Home Secretary Ajay Bhalla said stricter enforcement of lockdown was necessary and the problems have arisen due to ostracism of healthcare professionals and lack of quarantine facilities in the state.

"The response to COVID-19 in the state of West Bengal is characterised by a very low rate of testing in proportion to the population, and a very high late of mortality of 13.2 per cent for the state, by far the highest for any state," he said in his letter.

Bhalla said this was a reflection of poor surveillance, detection and testing in the state and there is a need to increase random testing in crowded clusters.

He said lockdown violations have been noted in the cities of Kolkata and Howrah by specific groups in specific localities, with media reports of the 'corona warriors'  including even the police being attacked in such localities.

The home secretary said instances of overcrowding in 'bazaars' (markets) with poor sanitation, free movement of people in large numbers without masks, bathing of people in rivers, people playing cricket and football, serious laxity in enforcing lockdown measures in containment zones, plying of rickshaws without any restriction are grave violation of lockdown instructions and social distancing norms.

These are all examples of poor supervision and implementation of crowd-control measures by district authorities, he said.

Bhalla wrote the letter following reports submitted by two Inter-Ministerial Central Teams (IMCTs), which were deputed to Kolkata and Jalpaiguri districts since April 20 and returned on Monday.

The IMCTs have extensively toured a total of seven districts in the state and have communicated their observations from time to time to the state government, Bhalla said.