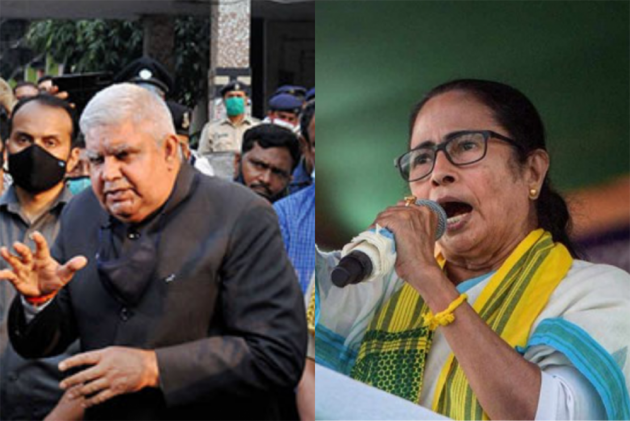 Taking her tussle with Governor Jagdeep Dhankhar a step ahead, West Bengal chief minister Mamata Banerjee on Monday alleged that the governor was named in the chargesheet of the Jain Hawala case.

"The governor is a totally corrupt person. He was named in the Jain Hawala charge-sheet. He had moved court and got his name removed. But one writ petition is still pending and it has his name," Banerjee said on Monday, adding that she had written three letters to the President seeking the removal of the governor.

She was speaking in the backdrop of the Governor's recent demand for a special audit in the Gorkhaland Territorial Administration on charges of corruption. He made a demand on the day a BJP delegation, including the party's Darjeeling MLA, met him in Darjeeling and demanded an audit of the GTA's expenses.

‘Constrained To Observe Your Silence Over Post-Poll Violence’: Bengal Governor Writes To Mamata

Playing To The Gallery In Bengal: Partition 3

Meanwhile, Dhankhar has alleged that Banerjee's charges are untrue. "Your governor's name does not feature in the charge-sheet," he said, adding that such a comment coming from such a senior politician was unacceptable.

However, Dhankhar also ruled out taking any legal action against Banerjee. "I am pained but you can't take action against your younger sister," he said.

Incidentally, earlier TMC Lok Sabha MP Mahuta Moitra had alleged that the governor had appointed his friends and relatives in various positions at Raj Bhavan, especially as officers on special duty.

Dhankhar had refuted the allegations.