‘We expect the judiciary to take action after taking into consideration the NHRC report, which has just exposed the tip of the iceberg,’ Suvendu Adhikari said 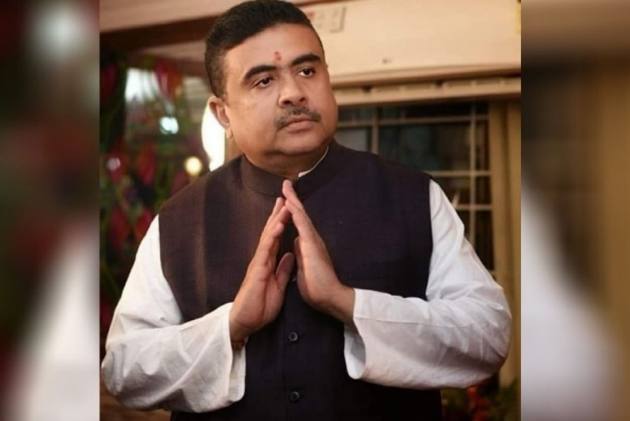 Maintaining that at least 30 party activists were killed by TMC goons since May 5, when the Mamata Banerjee government took over the reins of the state for the third time, Leader of Opposition in West Bengal Assembly Suvendu Adhikari on Wednesday said "what happened in the state over the past two months has eclipsed the great Calcutta killings of 1946".

He claimed that the observations made by the NHRC in its report on post-poll violence has “shaken the world”.

"We expect the judiciary to take action after taking into consideration the NHRC report, which has just exposed the tip of the iceberg. Such report will put anyone with a sane mind to shame,” he said.

“What happened in Bengal over the past two months has eclipsed the great Calcutta killings of 1946, Noakhali riots and the Sikh killings," he said as the BJP observed Shahid Shraddhanjali Divas in memory of the workers allegedly killed in violence.

Incidentally, the TMC on Wednesday marked its annual ‘Shahid Divas’ with Chief Minister Mamata Banerjee virtually addressing people during the day. The Mamata Banerjee-led camp commemorates Shahid Divas every year to pay homage to the 13 Youth Congress workers who were killing in police action in 1993. Banerjee back then was a member of the grand old party’s youth wing.

Sources in the BJP said at least 175 workers of the party were killed in the state over the past few years.

The Nandigram MLA further said the TMC was under the impression that “such attacks, abetted by the state police, would decimate the BJP in the state, but they are mistaken".

In a jibe at the ruling party, he said, "A section of milk-giving cows of Didi (CM Mamata Banerjee) actively launched attacks on scheduled caste men and women among others. One shudders to think the kind of torture women had to endure. The NHRC could not take note of several complaints due to paucity of time."

The BJP has built safe homes for its 25,000 homeless party workers, supporters and their families, he stated.

The saffron camp legislator, in yet another dig at Chief Minister Mamata Banerjee, said, “She had gone all the way to Nandigram from Bhawanipore to contest elections. After being rejected by people there, she is now desperate to get elected to the Assembly, notwithstanding the COVID-9 situation.

“Setting a new precedent, a non-MLA CM is running the state. We will surely dislodge this government one day. From three, our tally has increased to 77 in the Assembly.”

He sought to know why the “ruling dispensation isn’t keen on holding long-overdue municipal polls”.

"In her party, there is only one post and the rest are lamp posts," he claimed.

Adhikari also alleged that COVID-19 restrictions are applicable only on the movement of BJP workers, while TMC, over the past few weeks, has taken out "at least 1000 rallies to protest fuel hike”.

Slamming Banerjee over her “silence on the atrocities perpetrated on women in Bengal”, Agnimitra Paul, another BJP legislator, said, “Despite everything, our woman CM remains unmoved.”