People Of Bengal Want To Do Away With Corruption, Violence, Infiltration: Amit Shah

'This roadshow is a reflection of people's anger against the Mamata Banerjee government', the Union Home Minister said 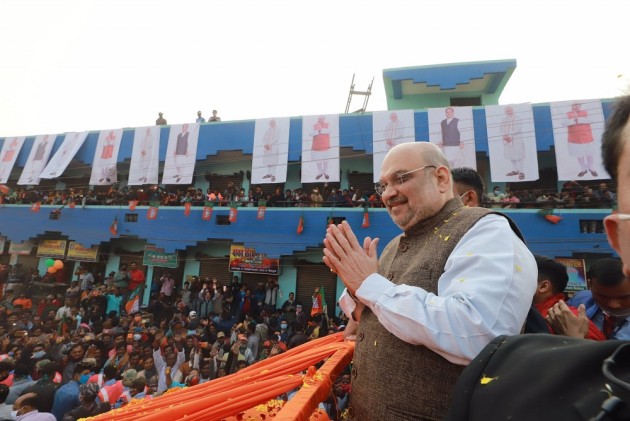 People of West Bengal are yearning for change as they want to get rid of political violence, corruption, extortion and Bangladeshi infiltration, Union Home Minister Amit Shah said on Sunday, attacking the Mamata Banerjee government.

Addressing people during a roadshow in Bolpur, Shah vowed to restore the state to its former glory when it was called "sonar Bangla" (Bengal of gold) if the BJP is voted to power.

"I have attended and organised several roadshows in my life but have never seen one like this. This roadshow is a reflection of people's anger against the Mamata Banerjee government. This crowd reflects people's faith in the agenda of development of Narendra Modi Ji," Shah told the massive gathering at the roadshow.

He said the yearning was not about changing a political leader but "getting rid of corruption, political violence, extortion and Bangladeshi infiltration".