Jhargram, West Bengal's tribal heartland and once a hotbed of Maoism, is set to witness a battle between the ruling Trinamool Congress and a rising BJP in the Lok Sabha elections 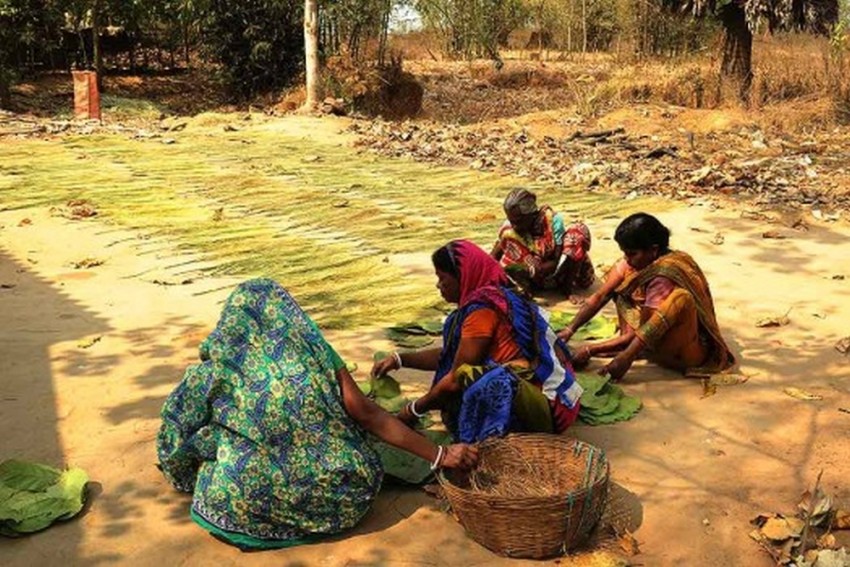 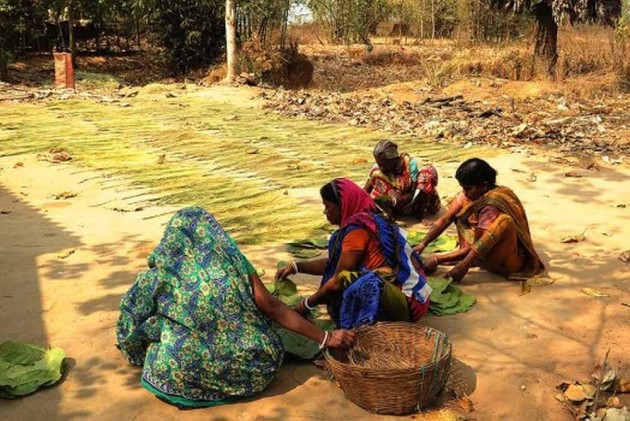 Jhargram, West Bengal's tribal heartland and once a hotbed of Maoism, is set to witness a battle between the dominating presence of the ruling Trinamool Congress and the rising BJP in the Lok Sabha elections with the Communists trying to hold on to what little remains of their former sway over the region.

The Lok Sabha seat, comprising seven Assembly segments across three districts, has more than 16 lakh voters of which close to 50 per cent belong to tribal communities including Santhals and Kudmis.

Of the 42 Lok Sabha seats in West Bengal, Jhargram and north Bengal's Alipurduar are reserved for Scheduled Tribes (ST).

Jhargram is one of the four seats in Bengal that witnessed maximum Maoist violence after the November 2, 2008 landmine blast on the convoy of then Chief Minister Buddhadeb Bhattacharjee.

Many people were killed during the next three years. But after the ascendance of Mamata Banerjee-led Trinamool Congress in 2011 and the elimination of Maoist leader Kishenji, incidents of extremism have reduced.

This time, the Trinamool Congress has fielded Santhal school teacher Birbaha Soren, replacing sitting MP Uma Soren, who defeated CPI-M's Pulin Bihari Baske by more than 3.5 lakh votes in 2014. He ended the Left's grip over the constituency after 10 straight terms.

Soren had garnered 54.6 per cent votes while Baske, the former MP, received 26.5. BJP's Bikash Mudi came third with just over one lakh votes (below ten per cent).

However, the saffron party that lacked strength in the tribal-dominated district even five years back is now making its presence strongly felt, especially since the three-tier state rural body elections last year.

In the Panchayat elections, the BJP bagged 330 Gram panchayat (lowest tier) seats compared to Trinamool's tally of 373 in Jhargram. It won 65 Panchayat Samitis (middle tier) while the Trinamool won 112. The BJP also performed significantly well in two other Junglemahal districts of Purulia and West Midnapore.

The allegations of corruption against a section of local Trinamool leaders and the resentment of Adivasi Kudmi Samaj - an OBC community that has a sizeable population in the constituency - against the state's rulers, may swing a lot of votes in the BJP's favour, political analysts say.

"The BJP has a good chance of doing well and perhaps winning in Jhargram. The RSS has successfully penetrated a large part of the poverty stricken district. The reach of its organisation could be felt at the ground level and may help the BJP in securing a large section of tribal votes," political analyst Udayan Bandyopadhyay told IANS.

He said the left vote share in the region had largely gravitated towards the BJP as the Left leaders failed to stand by or protect their activists from Trinamool's atrocities after 2011.

"Also, there are many allegations against the incumbent MP's men. Locals allege that she was extremely passive and silent about the corrupt activities by people under her. Trinamool still has the edge in Jhargram but the BJP may come out stronger as opposition votes may consolidate towards them," he said.

BJP's Jhargram district President Sukhamay Satpati told IANS that they were confident about victory as there was an anti-Trinamool wave across the tribal belt.

Kudmis are not with Mamata Banerjee as her party candidates have openly opposed their inclusion in the list of Scheduled Tribes and recognition of Kudmali language." Satpati said.

candidate Soren's husband Rabin Tudu is a top leader of Bharat Jakat Majhi Pargana Mahal (BJMPM), an organisation of tribals who opposed the inclusion of Kudmis in the ST category, he said.

(Kudmis) represent over 20 per cent of Jhargam's population and their votes are not going to the Trinamool. The Santhals are also not happy due to lack of jobs and drinking water in the area."

Trinamool's Soren, however, laughed off the BJP's claims.

are talking trash. There is no wave against the Trinamool. People of Junglemahal respect didi (Banerjee) like God. She has done so much starting from curbing Maoist violence to developing roads, building hospitals, schools and providing rice at Rs 2 per kilo," Soren told IANS.

"There is plenty of support for me and my party wherever I go. The result in Panchayat polls will not be an issue because this is the Lok Sabha election. I think our margin of victory will increase. CPI-M might be in second position and the BJP will be third," she said.

Pointing out that the person who is overseeing her campaign belongs to Kudmi community, Soren said her party shares a good rapport with all sections of tribal community.

CPI-M's Deblina Hembram claimed that those who had deserted the Left were coming back to its fold.

"People have realised from their experience that only the Left stands by the common people 365 days in a year. People can see now they have no jobs, no rights. So we are confident of our success," said the CPI-M state committee member who has been criss-crossing the constituency with a handful of party workers - an indication of the erosion in the Left ranks.