Hosur MLA Y Prakaash's only son Y Karuna Sagar was one of the victims of the accident. 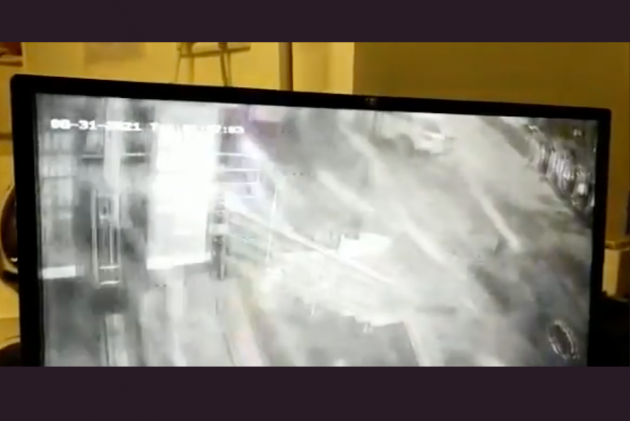 The tragic accident that killed seven people including a Tamil Nadu DMK MLA's son in Koramangala on Tuesday left the country shocked.  The grave accident occurred at 2 am when the high-end SUV in which the group was travelling turned upside down afte crashing into a boundary wall.

Hosur MLA Y Prakaash's only son Y Karuna Sagar was one of the victims of the accident. Tamil Nadu Chief Minister and DMK president M K Stalin condoled the death of his party legislator's son in the mishap. He expressed shock and anguish over the incident.

As per reports, the speeding car ran over the footpath and crashed into a boundary wall before it turned turtle. Six people died on the spot, while one succumbed to injuries on the way to the hospital, sources added.

The CCTV footage has since gone viral on social media. The high-end SUV was allegedly driven in a reckless manner, police have reportedly said. The CCTV footage showed the vehicle going at great speed moments before crashing.

Video of the tragic accident which killed 7 as luxury Audi car crashes in high speed in #Koramangala #Bangalore #Bengaluru pic.twitter.com/lFm0ZUC4cR

The impact of the crash was such that the front portion of the SUV was completely mangled, they said. The DCP said an investigation was on to ascertain whether it was a case of drunken driving. Soon after getting information, the relatives of the deceased rushed to the spot.

The MLA was in Chennai when he learnt about the accident and left for Hosur, some 40 km from here, in the Krishnagiri district. His elder brother Chandrappa came to St John's Hospital here to receive the body after the post-mortem.

"A big tragedy has befallen us. I am not in a position to say anything," he told reporters. A woman, who too died in the accident, was reportedly pursuing a medical course in the U.K. Preliminary reports said that the MLA's daughter-in-law was among those killed, but family members later clarified that the MLA's son was unmarried. Relatives and friends of Karuna Sagar who were present there said he had a craze for high-end cars and bikes.